Home News Editorial “This is not about poverty, it’s about culture…” David Cameron 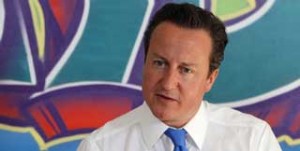 THUNDER BAY – Editorial – During the Vancouver hockey riots, or during the recent rioting in Great Britain, as well as in Eqypt, Syria and Tunesia, the Internet, Social Networking, and Twitter were considered part of both the problem, and the solution.

British Prime Minister David Cameron suggested earlier in August that his government would like the power to shut down Twitter during times of civil unrest.

Cameron said, “Social problems that have been festering for decades have exploded in our face. Now, just as people wanted criminals robustly confronted on our street, so they want to see these problems taken on and defeated. Our security fightback must be matched by a social fightback. We must fight back against the attitudes and assumptions that have brought parts of our society to this shocking state”.

Cameron said he would change powers to give the police the discretion to remove face coverings under any circumstances where there is reasonable suspicion that they are related to criminal activity. The Government will also look at whether any wider power of curfew is necessary. And he said that steps were being considered to ban those suspected of planning criminal acts from using social media.

Speaking before the British Parliament, Cameron stated, “Mr Speaker, everyone watching these horrific actions will be stuck by how they were organised via social media. Free flow of information can be used for good. But it can also be used for ill. And when people are using social media for violence we need to stop them.

“So we are working with the Police, the intelligence services and industry to look at whether it would be right to stop people communicating via these websites and services when we know they are plotting violence, disorder and criminality”.

The British Prime Minister said the “fightback has well and truly begun”, and stressed that “the Government would not stop until law and order was fully restored on the streets”.

The idea of shutting down social media as a tool to fight crime is one however that punishes everyone for what really are the actions of a small minority. It also removes the ability of law-abiding citizens to fight back. In Vancouver for example, it was efforts by individuals to ‘shame’ and ‘out’ suspected rioters, looters and vandals that helped the Vancouver Police Service.

The UK newspaper, The Guardian reported on the speech given at the Media Guardian Edinburgh International Television Festival by Google CEO Dr Eric Schmidt. 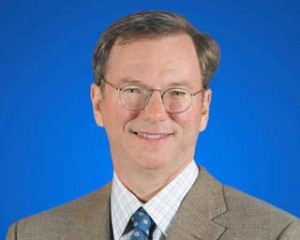 Eric Schmidt pegs the solution exactly. That perhaps is the real issue that governments should embrace, rather than blaming the Internet and Social Networking as the source of a solution. It is not as easy to fix problems as it is to point fingers of blame.

Prime Minister Cameron appears to get it. His words to the Parliament demonstrate that. “Responsibility for crime always lies with the criminal. But crime has a context. And we must not shy away from it,” stated Cameron. “I have said before that there is a major problem in our society with children growing up not knowing the difference between right and wrong. This is not about poverty, it’s about culture. A culture that glorifies violence, shows disrespect to authority, and says everything about rights but nothing about responsibilities.

“In too many cases, the parents of these children – if they are still around – don’t care where their children are or who they are with, let alone what they are doing.

“The potential consequences of neglect and immorality on this scale have been clear for too long, without proper action being taken”.

The simple task would be shutting down the Internet and Social Networks when there are times of civil unrest. It is a solution however that won’t work, and would likely only put law-abiding citizens at greater risk.