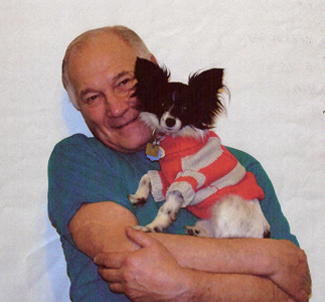 THUNDER BAY – Updated – A missing Thunder Bay man is the subject of a search effort by the Thunder Bay Police Service. Police are investigating a report of a missing 69 year old Thunder Bay man who was traveling in the United States. Edward Frank Spakowski was reported as overdue in coming back from a business trip to Elkhart Indiana. Police were notified on July 4, 2011.

Mr. Spakowski was picking up a new white 30’ Hartland North Country travel trailer and was transporting it back to a Thunder Bay RV dealership. Mr. Spakowski was overdue in checking in with the Thunder Bay dealership. Edward Spakowski is described as Caucasian, 5’10” tall with a medium build. He has grey hair and is partially bald. He is known to travel with his small black and white dog. Edward was driving a 2007 Chevy Silverado Grey in colour with an Ontario Plate 9863NT.

The Criminal Investigations Branch has contacted Indiana law enforcement regarding this matter. There is no evidence that Mr. Spakowski has crossed back into Canada. Anyone with information should contact police at(807) 684-1200, or Crimestoppers 1-800-222-TIPS or 684-1309

There is a Facebook group established: Find Ed Spakowski.