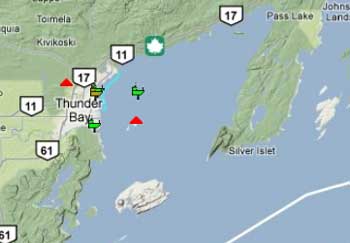 THUNDER BAY – Steven Fletcher, Minister of State (Transport), has announced changes that will allow the Great Lakes Pilotage Authority to maintain safer and more efficient pilotage services in the Great Lakes. The updated regulations allow the authority to ensure that officers have the local knowledge required to navigate their vessel in the region. “These regulatory changes will improve the safety of people and goods crossing the Great Lakes,” said Minister Fletcher. “Our government fully supports the authority in introducing a new pilotage certificate program.”

Under the changes to the Great Lakes Pilotage Regulations, and in compliance with the Pilotage Act, all Canadian ship officers who operate within the Great Lakes region will be required to hold a valid pilotage certificate. The regulatory changes came into effect on July 1, 2011, and were published today in the Canada Gazette, Part II. Applicants will now have to successfully complete the Great Lakes Marine Pilotage Certificate Training Program, or pass a written and oral examination given by the authority.

The Great Lakes Pilotage Authority is responsible for a safe and efficient pilotage service within Canadian waters in the province of Quebec, south of the northern entrance of the Saint-Lambert Lock, and in and around the provinces of Ontario and Manitoba.