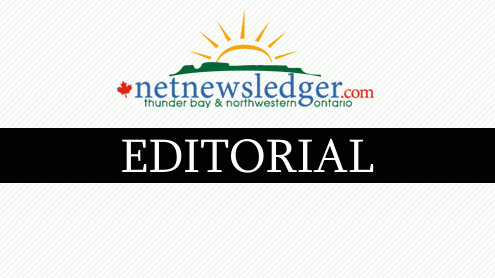 THUNDER BAY – We received reports at NetNewsledger.com early on Thursday morning of efforts by the Thunder Bay Police Service making what many speculated had to be drug raids. Friday’s news from the TBPS of a major joint operation resulting in arrests and seizure of large amounts of drugs prove that those raids which started early Thursday were related to Project Dolphin.

A decision was made in our coverage, not to report on those first reports of the police raids. There were several reasons, first getting full confirmation of the raids was needed. Second, if the authorities were in the midst of a large drug / crime operation, letting them do their work is important. If NetNewsledger.com had reported immediately on what we had, it could have put police officers, and an operation in greater risk.

Thunder Bay, and in fact all of Northwestern Ontario has struggled with issues of addiction and problems related to those issues.

Our community is, we believe ready for change. Growing numbers of people are seeking a safer Thunder Bay. It is a message that is heard across the city in discussions with people from across demographic lines.

In the Windsor, Picton and Blucher Streets neighbourhood on Friday night, a total of 31 people came out for the soft launch of a new neighbourhood walk. Mothers and their children, some on skateboards, some on bikes, and others still in strollers came out to share their desire for change. One lady suggests taking back the streets with positive chalk messages on the streets. Others seek for a return to a neighbourhood watch. Putting residents together with a common goal, is one of the most powerful tools of engagement a community has. There are now three neighbourhood walks in our city, and it can be expected there will be more.

The other message is that as more people are engaging on social media, there is not much that can be done in the city that people won’t know about in a hurry.

As witnessed in Vancouver in the aftermath of the Game Seven Stanley Cup game, the rioters who may have thought they were not going to be caught, that is no longer true. Residents who are disgusted with what happened have help gather evidence for the Vancouver Police. It is a powerful combination that has already identified many alledged rioters. As well, individual citizens have taken to the Internet to gather evidence for police on websites offering classified ads, as some of the alledged criminals have attempted to sell items they looted from downtown Vancouver stores.

The job that our police officers have is not an easy one. Frontline officers face job stresses and situations that are difficult. The reality is often the police are the subject of a great deal of blame whenever something doesn’t go well. Our frontline officers deserve our thanks for doing the job they do.

In Project Dolphin, millions of dollars worth of drugs have been removed from our streets. With any luck, some of the “Big Fish” have been caught, or will be caught. It is part of making Thunder Bay a safer place, and for that the TBPS should earn a thank you from all of us.