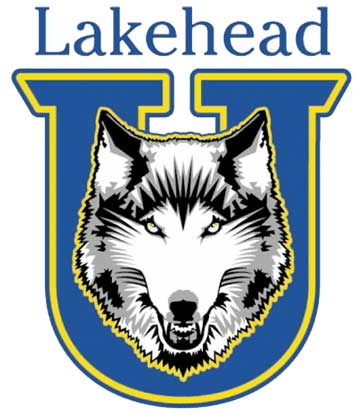 THUNDER BAY – The Lakehead University Thunderwolves are on the road this weekend. The Thunderwolf basketball programs will journey to ‘The Hammer”, Hamilton,  ON, that is, to do battle with the McMaster Marauders this weekend. The Marauder’s men’s team currently sits in 4th place in the OUA West at 7-5 (4 points  behind LU), while the Marauder women are 3-8 and in 7th place in the OUA West (10 points behind LU). The men’s team has yet to lose a game in 2011.

She is complimented by 6’0 forward Jaklyn Nimec (12.8 PPG, 6.1 Rebounds) who has connected on 35% of her three point attempts this season. Inside 6’2″ post  Alyska Lukan has put up a very respectable 8.9 PPG and 7.7 rebounds per game. McMaster’s rebounding is a definite strength, but they also commit a high rate  of turnovers (24.1 per game), so it could be on Lakehead’s back court to apply lots of ball pressure on the Mac guards in order for LU to get the results  they want.

LU’s Lindsay Druery (Smithville, ON) had 16 and 16 rebounds in the winning contest, while Taylor Chiarot led McMaster to their win with 19 points and 7  rebounds (9-13 FG).

Coach Kreiner states, “Playing at the Hammer is always tough. McMaster may have a 3-8 record but they are very capable of winning against any team in the  OUA. Taylor Chiarot has always played well against us and we will need to focus on containing her and keep their bigs off the boards. We will also be looking  forward to having any and all local Alumni out to watch our games. We will be hosting a social after Saturday’s game as we look to create s stronger  connection with our former Nor’Wester & Thunderwolves players”.

McMaster is the only undefeated team in the OUA West since the Christmas break, with their most impressive win coming versus the OUA West leading Windsor  Lancers, 83-81 on January 12 at Mac’s Burridge gym. Among their key players are Scott Brittain (60.9 FG%), an impact transfer from Boston University who has  started playing regularily this semester, and a good recruiting class with Taylor Black and Kenan Etale (9.5 and 11.9 PPG, respectively). Their existing core  of Scott Laws, Cam Michaud and Victor Raso are all players capable of all-star performances. McMaster is currently second in the nation in steals, averaging  12.5 per game.

Last Match-up Results: Lakehead took both games at home last year, winning 80-72 and 76-70. Over both these games LU executed a balanced attack, as no one  T-Wolf scored more than 15 points in either game. It was efficient shooting and aggressive rebounding that sealed those victories, however, as LU turned the  ball over 20 more times than McMaster.

Coach Morrison shares, “There is never an easy weekend in January or February as we have to now go on the road to tip-off against the hottest team in the  country. Mac has a number of tough match-ups and present a strong combination of returning players and blue chip newcomers. We are going to have to show the  better half of our performance this past weekend over a 40 minute stretch on the weekend in order to have a chance to win late.”

Games can be watched on SSN Canada, www.ssncanada.ca/games