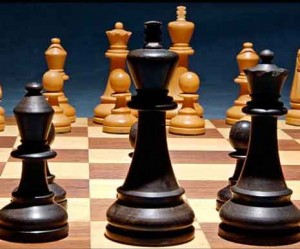 THUNDER BAY – In our community we are at a cusp. We can over the coming months, and years, either make the decisions for the entire Thunder Bay District, and all of Northwestern Ontario to enhance our future, or we can stay the status quo. The decisions that we as a community, and as a region make will determine our future

Staying with the status quo, and leaving things the way they are, would leave Thunder Bay lagging behind, and the one thing that we cannot do is lag behind. Our leaders in the region are doing a lot to make a serious difference in our region

The reality is however that if we do not become active participants and supporters of positive change, it is not as likely to happen, or happen as fast. We all need to be working toward common goals and working to make a positive difference in our region

Here are some ideas for discussion and debate:

Our region has people who are struggling with issues with addiction to alcohol and drugs. We must step up and make the choices that seek to end those problems. When you talk to front-line police officers, it is the problems with drugs and alcohol that they see as the root causes of crime.

This is not just a Thunder Bay issue. It is one that faces our entire district, and region. Communities in our entire region must work together to ensure that drug and alcohol treatment programs are here, and that the resources are present to make sure that those in such programs have a solid chance of succeeding.

The Community Crime Commission, under the leadership of Amy Siciliano, in Thunder Bay is a great start, but perhaps it might be worth exploring with the Northern Ontario Municipal Association and the Nishnawbe Aski Nation to expand the focus even wider to be a Northwestern Ontario?

In Thunder Bay we should also be addressing issues with regard to healthcare. The truth of the matter is that we have an amazing facility in our city, the Thunder Bay Regional Health Sciences Centre. It is also true that the facility is far too often trapped in “gridlock”.

That is when the “Emergency Department is overwhelmed with ‘in-patients’ waiting for care in another part of the Health Sciences Centre. These patients are not able to move along because the rest of TBRHSC does not have the capacity to move them to their appropriate place of care”.

One of the issues that our district and region should be focusing on is expanding the care facilities at the TBRHSC so that “gridlock” is a term long forgotten.

There are other issues which deserve exploring. Here is a short list of some other positive issues that could be examined:

1. Northern Ontario should become its own Hydro Electric Power Pricing zone. Our region has a surplus capacity to produce hydro-electric power. While Ontario’s power rates have climbed, our region could benefit if our hydro rates were priced based on the region’s actual costs, plus a mark-up of course. This could generate serious economic development and diversity in our region as companies could be encouraged to re-locate from the south, to the north.

2. Perhaps it is time that Thunder Bay started sharing our geographic location in a wider means. Thunder Bay is further south than Vancouver in British Columbia. Perhaps that our region is considered “North” is because in Toronto, where often it seems the view is that it is the only important place in our province sees us as “North” we are considered “North”.

Perhaps we are simply “Western Ontario”, such a shift would put us more in tune actually with the growing economies of western Canada. An area for possible discussion might be changing to the Central Time Zone?

3. We need more of us to focus on positives, rather than dwell on negatives. Have you noticed how some people, a loud minority in our city, are often only seeing what is in their view “wrong”, as opposed to the many positive things that are really happening. That negative energy is not helping our community, and isn’t contributing to any solutions either.

Maybe we need a “Thunder Bay, love it or leave it” movement?

These are just ideas that I think are worthy of discussion.

What do you think? What else is important?

Engaging the best, most positive and intelligent minds in our region can generate the impetus for solid and fruitful change.