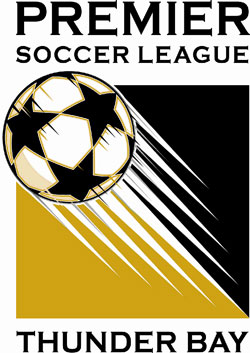 THUNDER BAY – The Premier Soccer League of Thunder Bay (PSL) is excited to announce the start of the 2010 season with Week 3 beginning this week. The PSL, which has taken the place of the D-League as the top men’s senior league in Thunder Bay, will bring two separate divisions of play. The league will feature an “A Flight” and a “Retro- Over 35″ division allowing for a higher caliber of soccer, and a more enjoyable experience for the players.

The main attraction of the PSL this season will be the “A Flight” that has five teams all vying for the League Championship. Last year’s League Champion, Italia Juventus, will be looking to repeat in a tighter and stronger division. For the current Playoff Champion’s, On Deck Euro Stars, to repeat as champions, they will have to follow a different playoff path to glory. This year’s playoff format will now see the League Champion receive a bye to the finals round, while 2nd and 3rd place will have a one game playoff to see who qualifies for the finals. The finals will be a two game, total goal series, where the winner will be crowned Playoff Champion and lift the Regiment Cup trophy.

Chapples Park will play host to all PSL regular season and playoff games will be held primarily on Tuesday and Thursday evenings.