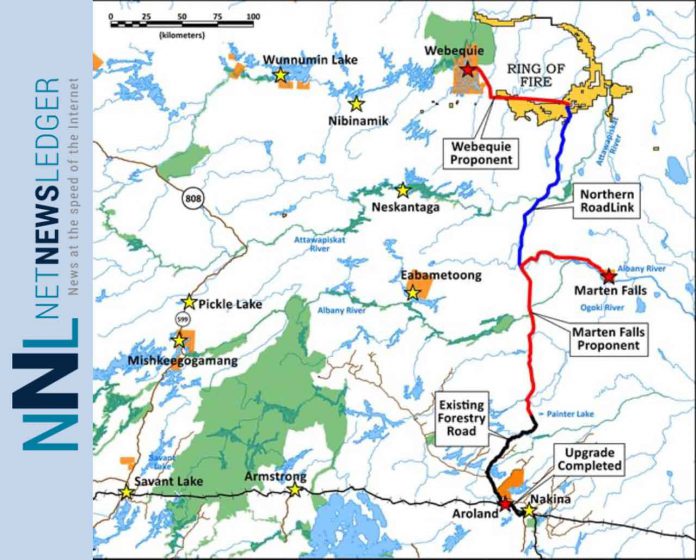 THUNDER BAY – Business – Noront Resources Ltd. (“Noront” or the “Company”) (TSX Venture: NOT) is pleased to acknowledge the agreement announced today between the provincial government, Marten Falls First Nation and Webequie First Nation to advance planning and development of a proposed Northern Road Link that will provide reliable, all-season road access to mine sites in the Ring of Fire and connect First Nation communities to Ontario’s provincial highway network.

The partnership was announced by Premier Doug Ford, Minister of Energy, Northern Development and Mines and Minister of Indigenous Affairs Greg Rickford, Marten Falls Chief Bruce Achneepineskum and Webequie Chief Cornelius Wabasse during a signing ceremony at the Prospectors and Developers Association of Canada (PDAC) convention.

“We are encouraged that a partnership agreement has been signed by Marten Falls and Webequie First Nations and the Province of Ontario,” said Noront President and CEO Alan Coutts.  “Completion of an all-season road offers benefits to both industry and local communities. It will provide access to the Ring of Fire and enable mineral development.  It will also bring much-needed all-season access to these communities and improvements to health and social services, high-speed Internet and cellular service for local communities.”

Typically, it is the mining company that builds roads to support mine operations, however in the Ring of Fire the local First Nations are the proponents of road development. This is a concept that Noront supports.  A road is needed and will be built on their traditional lands, so it makes sense for the impacted First Nation communities to decide where it goes and how it is built. Noront will modify its Eagle’s Nest mine project description accordingly.

Premier Wynne on Ring of Fire and Matawa First Nations 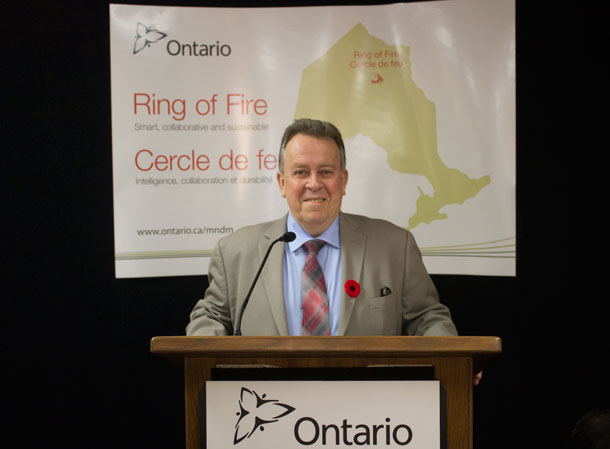 Developing the Ring of Fire

Cliffs Out of Ring of Fire