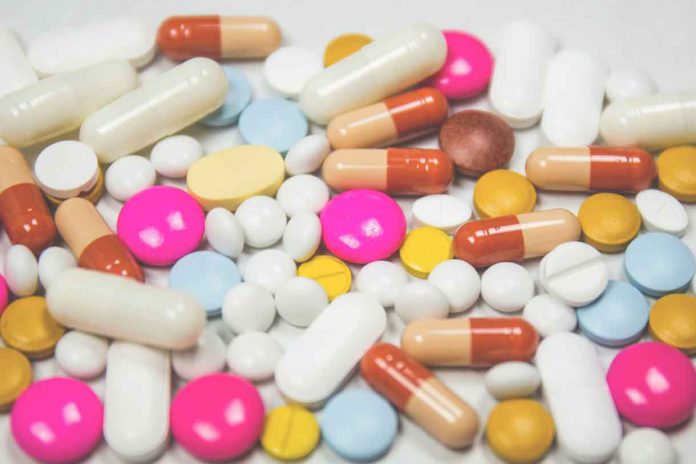 Long-term (chronic) treatment with opioids, such as morphine, prior to trauma enhances fear learning in mice, according to a study published in Neuropsychopharmacology. The findings, which link chronic opioid treatment before a traumatic event with responses to subsequent stressful events, may suggest a possible mechanism underlying the frequent co-occurrence of post-traumatic stress disorder (PTSD) and opioid dependence.

PTSD and substance use disorders (SUDs) often occur together, with nearly 40% of individuals with PTSD also having an SUD. This is known as comorbidity and understanding it may help explain the mechanisms by which these conditions develop. Previous research has shown that PTSD increases the risk of opioid dependence, but whether opioid dependence may also increase PTSD risk remained unclear.

Using an established model of fear learning in mice, researchers at the University of California, Los Angeles, USA assessed the potential impact of chronic opioid treatment on the subsequent development of PTSD-like behaviors. They found that mice that had been treated with opioids and later experienced stress showed more pronounced post-stress reactions.

At the beginning of the study, mice were treated with morphine or saline for eight days, followed by a week of drug cessation. Both groups of mice – morphine-treated mice and saline-treated controls (22 and 24 mice, respectively) – were then subdivided into trauma and non-trauma groups. They were transferred to a chamber where animals in the trauma group received a series of mild foot shocks. A day later, both groups of animals were returned to the chamber to assess their memory of the traumatic event.

Michael Fanselow, the corresponding author said: “We have called this the trauma because the acute stressor, the foot shocks, is able to produce lasting fear and anxiety-like behaviors, such as freezing.”

On the subsequent day, mice from both the trauma and non-trauma groups were transferred to a new environment and exposed to a mild stressor (a milder foot shock), before being returned to that environment for eight minutes on the fourth day of the experiment.

Michael Fanselow said: “Our data are the first to show a possible effect of opioids on future fear learning, which may suggest that a person with a history of opioid use may become more susceptible to the negative effects of stress. Also, this ability of opioids to increase PTSD-like symptoms far outlasted the direct effects of the drug or withdrawal from the drug, suggesting that the effect may continue even after opioid treatment has stopped.”

The authors also tested treating mice with opioids after the initial trauma had occurred but before exposing them to the second, mild stressor. They found that mice treated with morphine after the initial trauma did not show enhanced fear learning following exposure to the mild stressor. The findings suggest that chronic exposure to opioids before – but not after – a traumatic event occurs, impacts fear learning during subsequent stressful events.

Michael Fanselow said: “While we are generally aware that drug use, such as that in the current opioid crisis, has many deleterious effects, our results suggest yet another such effect; increased susceptibility to developing anxiety disorders. As opioids are often prescribed to treat symptoms such as pain that may accompany trauma, caution may be needed because this may lead to a greater risk of developing PTSD, if exposed to further traumatic events, such as an accident, later on.”