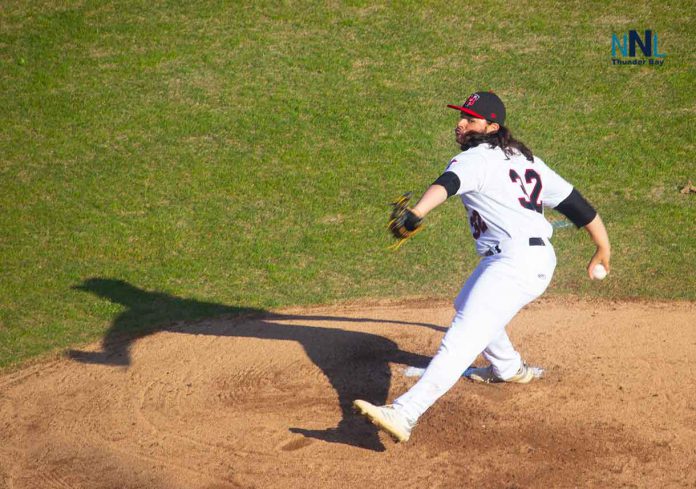 THUNDER BAY – SPORTS – The Border Cats got a much needed win on Tuesday night and the confident showed in the early going with Trent Valentine on the mount throwing a solid number of strikes. That confidence showed as the team got off to a solid start.

Though the first four innings the Cats maintained their composure, and worked on solid ball contact generating a 2-0 lead over the Honkers.

Valentine was retired in the 5th inning after leading the team through five full innings of solid pitching. Lucas Reid took the mound and even though the Honkers had loaded the bases, Reid pitched the Cats out of trouble. The Honkers did score one run.

Starting off the seventh inning, Karsten Vasquez a freshman out of Sacramento California led off with a single.

The Cats followed up with some big bats taking the Honker’s pitcher, the the warning track twice. First #31 Galati hit a solid smack out near the centre field wall. Then #41 Fisher cranked one out that had the Honker’s centre fielder working up to the wall to bring in the pitch.

Heading into the eighth inning, the Cats are leading 3-1 on nine hits with no errors to the Honkers four hits and an error.

Reid brought his “A” game to the mound, keeping the Honkers off the scoreboard.

The top of the eight ended with the Cats catching Wrobleski in the hot box where the Cats ran him down.

In the bottom of the eighth, Jakob Newton led off with a single and then stole second base to bring the crowd into the mix. However the Cats didn’t capitalize on the man on base.

Lucas Reid finished strong and helped the Cats to their second win in as many games.

The team takes to the field early on Thursday for an early start.

The Border Cats offer a lot of family fun for the kids too. With fun events at each game getting the kids onto the field, the Cats are helping to make each game a fun experience for the young fans.

One Monday night, NNL’s Junior Sports photog Lamarith and his new friend Lachlan enjoyed the challenge of the Border Cats pitch off.

After the game, young people get some time to get autographs and engage with the Border Cats. if you are looking for a family friendly event to take the young ones look no further that the Border Cats. 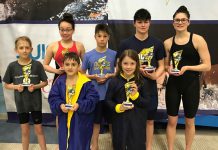