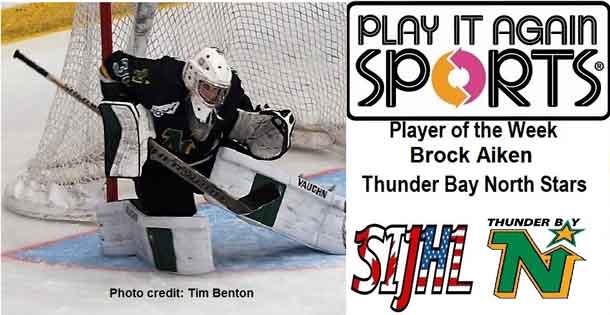 In two away starts during the time frame, the 20-year-old Thunder Bay product won both of them as part of the three victories the North Stars secured on the road last week.

Aiken began by posting the first SIJHL shutout of the season as Thunder Bay blanked Thief River Falls Thursday with the help of his 28-save performance.

He then followed that up Saturday with another 29 stops as the North Stars handed previously unbeaten Fort Frances with their first loss on the campaign in a contest held at Ice for Kids Arena.

In his first three appearances for his hometown side, Aiken sports a 2-0-1 record along with a 2.61 goals-against average and a .915 save percentage.

SIJHL – Play It Again Sports players of the week 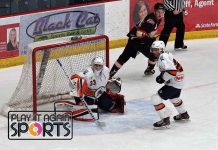