Unrest may hamper efforts to quash an Ebola epidemic in the area, officials say

GOMA, Democratic Republic of Congo (Reuters) – At least 14 civilians and four soldiers were killed on Saturday in a six-hour attack by rebels on the town of Beni in eastern Congo, the army and local officials said, disrupting efforts to contain an Ebola epidemic in the area.

The latest outbreak of the deadly disease in the Democratic Republic of Congo has been focused in North Kivu and Ituri provinces, which have been a tinderbox of armed rebellion and ethnic killing since two civil wars in the late 1990s.

“Beni is ungovernable this morning. Several protests have been declared in the town where the people express their anger with consternation,” he said.

In addition to the known fatalities, dozens of civilians were wounded as they fled the violence, which broke out in the early hours of Saturday evening and lasted until midnight, Bin Hangi added.

During a news conference in Beni on Sunday, a representative of the Congolese army said four soldiers had also been killed in the attack.

Spokesman Mak Hazukay confirmed the civilian death toll of 14 but said six civilians and four military personnel had been wounded — lower figures than estimated by the civil society leader.

The attack underscores the challenges the government and health organizations face in tackling Ebola in an area where years of instability has undermined locals’ confidence in the authorities.

Community unrest in the wake of the latest violence prompted the Health Ministry to suspend temporarily the field work it has been carrying out in Beni as part of its Ebola response.

“Many inhabitants of the town of Beni took to the streets this Sunday to protest against the growing insecurity in the zone. The field work of the response will resume once calm returns to the town,” the ministry said in its daily Ebola report.

The latest outbreak, which causes haemmorhagic fever, vomiting, and diarrhea, is believed to have killed 99 people since July and infected another 48. (Writing by Alessandra Prentice Editing by Catherine Evans and Edmund Blair) 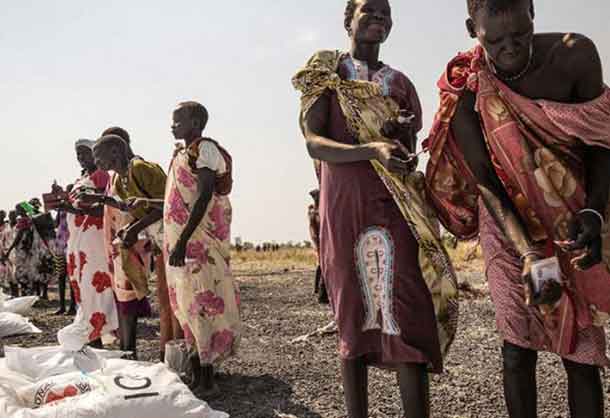 As droughts surge and traditions wane, nature comes under pressure in Kenya

Cheetahs Can Not Outrun Possible Extinction