Thunder Bay – Although the Northwestern Ontario Writers’ Workshop’s Writing Contest is designed to showcase the work of local writers, this year’s panel of high-profile judges just might steal some of the thunder.

The Northwestern Ontario Writers’ Workshop (NOWW) is pleased to announce that its 19th Annual Writing Contest is now open to writers throughout the region and around the world.

Jodene Wylie, the contest committee chair, said that the NOWW Writing Contest aims every year to be a prestigious literary event in Canada, and that starts with the quality of the judging.

“We are excited that so many great Canadian writers have volunteered to judge our writing contest,” Wylie said. “This is what writers live for – having other established writers at the top of their fields read and evaluate their work. We are so grateful to our judges for their time.”

“We have a core of passionate writers in Northwestern Ontario. The NOWW Writing Contest allows them to put their best work up against writers from all over the world,” Wylie said.

The contest officially opened January 1, 2017 with a submission deadline of March 31, 2017. Writers can win 1st, 2nd, or 3rd in all categories except for the Bill MacDonald Prize for Prose (Fiction) which awards just one prize. This special memorial award is named in memory of the prolific Silver Islet and Thunder Bay author and beloved NOWW member who passed away in 2014.

Winners will be announced at the NOWW Literary Gala at the Prince Arthur Hotel on May 13, 2017. Tickets for the gala event are on sale soon. Visit the NOWW website for details.

Full contest details including bios of our esteemed judges can be found on our website: 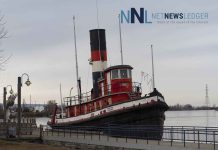 Stories are Meant to be Told

NOWW gearing up for a new and exciting season

Mammas, Don’t Let Your Babies Grow Up to be Writers: A Weekend with Author Charlie Wilkins