THUNDER BAY – The Special Investigations Unit is investigating a death that happened in the holding cells of the Thunder Bay Police Service overnight.

SIU reports that Thunder Bay Police arrested the forty-four-year-old man. He was in violation of a court order. He was arrested at about 4:30PM EDT on Saturday.

The SIU report that the man was intoxicated at the time of his arrest.

Thunder Bay Police told SIU that they noticed the man in his cell was in some form of medical distress at about 03:00AM EDT, and EMS was called.

Emergency medical responders pronounced the man dead in the cell.

The identity of the deceased is being withheld at this time pending notification of next of kin.

The SIU is an arm’s-length agency that investigates incidents involving police where there has been death, serious injury or allegations of sexual assault. 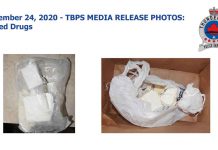