Home Politics Campbell – Raising concerns about the standards being used to maintain our... 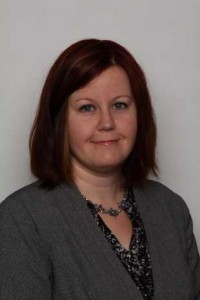 KENORA – Leader’s Ledger – In the last couple of months, my northern caucus colleagues and I have been raising concerns about the standards being used to maintain our highways in the winter.

As you may or may not be aware, snowplowing is a privatized service. In the past the Ministry of Transportation (MTO) owned, operated and oversaw plowing of our highways across the province, however that changed when Mike Harris privatized the service during his tenure as Premier.

Under the current system, private companies are paid by the province to take care of snow-removal and in the eyes of some this has led to a decline in road safety. Since it is difficult to quantify snow removal standards, much of what we have heard is anecdotal in nature. Nevertheless many people feel that it is taking longer to return our roads to safe standards following a storm and the current complaint system leaves little room for comfort. I do know my office receives a number of calls after every storm, with many suggesting that road clearing is not as good as it used to be.

As it stands, residents with concerns over highway safety are directed to contact the contractor with the complaint. The contractor meets periodically with MTO officials to discuss complaints and concerns, in what is essentially a self-reporting system: the contractor is expected to tell the Ministry if they think they are doing a good job and the discussion is basically left at that. It’s a relatively hands-off system and very concerning when you think of our reliance on safe roads, especially in the north where they are our connecting links to necessities such as food and medical treatment.

While we did raise this issue in Queen’s Park before we recessed for the winter break, it took on a greater importance when, during a 10 day stretch, there were 11 fatalities on northern highways. While there are a number of factors that can be responsible for such catastrophic events, we want to be sure that road maintenance is not one of them and that is why my caucus has spearheaded a Northern Roads Report, and is asking for help from the public to keep our roads safe.

If you have a story, or concern about winter roads maintenance, good or bad, please Email northernroadreport@gmail.com or contact my office with your concern. Together we can make sure northern roads remain safe for everyone.