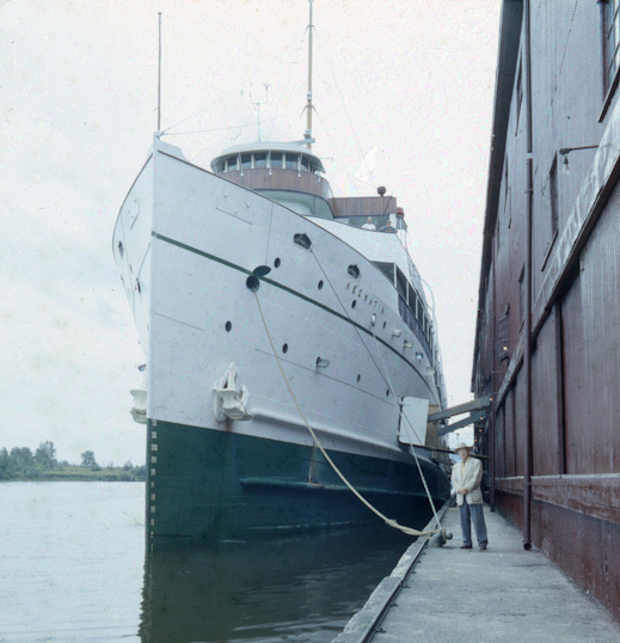 Thunder Bay – The Canadian Pacific Railway passenger steamship Keewatin, seen here at a wharf in Port Arthur at the end of the 1950s, sailed regularly between the Lakehead and Port McNicol between 1907, when she was built, until 1965, when she was taken out of service. Built in Scotland the Keewatin and her sister ship the Assiniboia were too large to traverse the locks to the upper lakes and had to be cut in half and then towed to the Buffalo Dry Dock to be rejoined. For decades after being removed from service the Keewatin was a museum ship at Saugatuk, Michigan, but this fall she was sold to an entrepreneur in Port McNicol, Ontario.

Stop by the Thunder Bay Museum to learn more about Thunder Bay’s history.