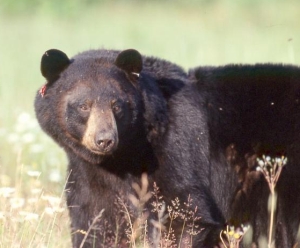 HERON BAY – Pukaskwa’s backcountry has been reopened following a seven-day closure. The closure was in place as a result of an incident in which a lone black bear injured a visitor at Simon’s Harbour in the park on August 5, 2011.

Parks Canada staff and Ontario Ministry of Natural Resources Conservation Officers have since destroyed a bear near the incident site that matched the physical and behavioural evidence provided by the victim and collected at the scene.

The safety of visitors remains Parks Canada’s top priority. Park staff have intensively monitored the incident location and have found no evidence of another bear in the area. No new tracks or scat have been found, and there have been no new bear sightings near the incident site. The results of DNA testing are still pending.

Visitors are reminded to exercise caution in bear country, and signs have been posted near the site to advise visitors of the incident. By becoming familiar with bear behaviour and what to do during a bear encounter, visitors can protect both themselves and bears. Visitors should never leave food, garbage or recyclables in accessible locations. Bear-proof garbage cans and/or storage bins are available at all Pukaskwa campsites.

Backcountry visitors are required to register and complete the park’s backcountry orientation, and are encouraged to familiarize themselves with Parks Canada’s bear safety resources. Further information on visitor safety in black bear areas is available from park staff or at www.parkscanada.gc.ca/blackbear.

All bear sightings in Pukaskwa National Park should be reported as soon as possible to park staff at the Visitor Centre, Park Kiosk, or by phone (807) 229-0801 ext. 237.