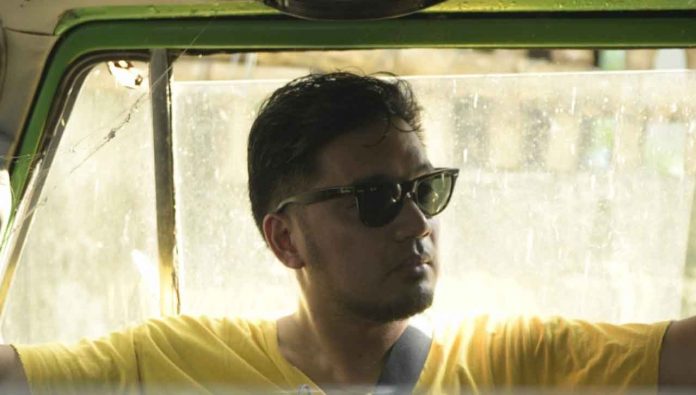 For Herbert Hernandez, family is always first in life. He is fortunate to maintain two successful careers, in music and in advertising, that fulfill his creative and business inclinations, but works to ensure that he has time with his wife and children each day. He has described his family as his “most precious project.”

Herbert Hernandez is popular, primarily as the guitarist and songwriter for Moonstar88, an alternative pop band, and 6cyclemind, an alternative rock band. But he has also earned professional accolades for GIGIL, the advertising agency he co-founded in 2017 with Badong Abesamis. After climbing the corporate ladder for more than 14 years, Hernandez and Abesamis took a leap of faith and branched out on their own.

With a busy schedule that includes meetings, alignments, and presentations both with partners outside the Philippines and with local teams and clients, as well as performances with his bands, it can be hard for Herbert Hernandez to make time for family. But as his top priority, he does.

“Despite a rather hectic schedule, I make sure I get to eat lunch and dinner with my family and end the day by playing Mobile Legends with my wife,” he says. “The rare times I get some space between my schedules, I make sure to allot it for my health and my family. It’s a good mix of eating together, traveling, and even biking around.” Hernandez spends one full day each week with his family, and they travel internationally together once each year.

With such a demanding professional life, work-life balance is a perpetual struggle for Hernandez. Whenever possible, he brings his family to work with him, showing them what he does when they’re apart. And he makes the most of their limited time together: “When I get even just an hour with my family, I give my best effort to create moments they’ll never forget. Every night, I pray to ask for guidance to lead me where I should be.”

Herbert Hernandez also speaks at length about his upbringing, his parents, and his older brother, all of which have influenced him personally and professionally. His mother, a high achiever as a top sales agent for an insurance company, was also extremely active in the family’s church and community. His father, a mechanical engineer that Hernandez has described as analytical and militaristic, grew up in a family that did not appreciate or approve of the arts. And yet both Hernandez and his brother, Darwin, felt drawn to creative pursuits.

Darwin taught Herbert how to play guitar in high school, and became his manager. As a member of his immediate family, Darwin made sure that Herbert prioritized his studies so that his parents didn’t ask him to give up music. Darwin is now the founder of the music and events management and production group, Soupstar Entertainment – and still Herbert’s manager.

For three years, Herbert Hernandez volunteered his time as an Ambassador for the HERO Foundation, which “secures consistent education support for children of soldiers from the Armed Forces of the Philippines (AFP) who made the supreme sacrifice of dying or being permanently incapacitated in the line of duty of being vanguards of our freedom and national sovereignty.”

And on a daily basis, Hernandez receives frequent confirmation that his work as a musician is touching and changing lives. “Aside from the opportunities to go around the country and see everyone’s priceless smiles, it’s also heartwarming to know that we’re able to touch lives and even save some of them. We constantly get messages saying our songs consoled them during their times of depression. I’m always grateful to be God’s instrument in touching other people’s lives through my talent.”

When Herbert Hernandez left his position as Executive Creative Director at Young & Rubicam in order to start GIGILl, he admits that the financial uncertainties and immediate pay cut made the career choice a difficult one. With a family to support, he knew that his decisions have far-reaching consequences. But during that transitional time, he leaned a little harder on his musical career in order to make ends meet comfortably.

“During the early days of GIGIL, earnings from our band’s performances augmented the financial gap which allowed me to continue supporting my family. God’s really great. He made sure my family wouldn’t struggle during those times.”

Herbert Hernandez is confident that God will continue to guide him in all of his pursuits: “When people ask me how I manage my time between my job and my family, I always tell them that it’s not about time management, but rather about God’s management of your time.”

From ‘Do it myself’ to ‘Do it with me’: The Art of Delegation

Believe it or ‘nut’, almonds can help you cut calories