Home Living What is the Real Cost of Impaired Driving? 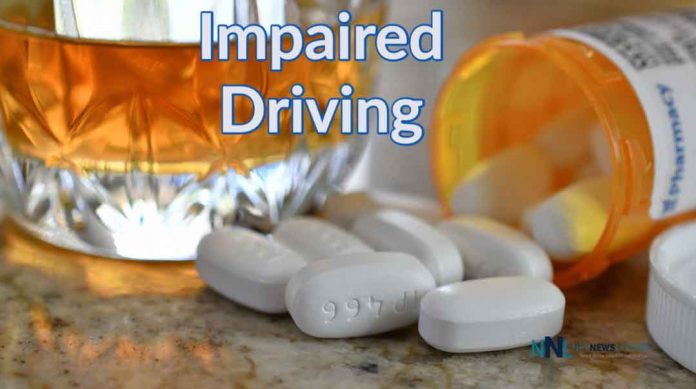 It is a costly crime. Court costs for a lawyer, fines and higher insurance rates are just the start.

There is also the danger that an impaired driver puts passengers, other motorists, and pedestrians into just by choosing to get behind the wheel while impaired by alcohol or by drugs.

The OPP in Thunder Bay report impaired driving charges are up 47 per cent and distracted driving is up 71 per cent over the past five years.

So how does the law impact an impaired driver?

If a driver fails the ASD test, or refuses to take it, they can be immediately suspended from driving and face criminal impaired driving or related charges.

If the driver registers a Blood Alcohol Concentration (BAC) from .05 to .08 (known as the “warn range”), the driver will receive an immediate driver’s licence suspension:

•        First occurrence, a driver will be suspended for three days.

•        Second occurrence in a five-year period, the driver will be immediately suspended for seven days and the driver must undergo a remedial alcohol-education program.

•        Third or subsequent time in a five-year period, the driver will be immediately suspended for 30 days and the driver must undergo a remedial alcohol-treatment program and have an ignition interlock condition placed on the driver’s licence for six months.

•        If the driver chooses not to install an ignition interlock device, the driver must not drive until the condition is removed from their licence.

In addition to the offence of impaired driving, there are separate offences of having specified prohibited levels of alcohol, cannabis or certain other drugs in the blood within two hours of driving. Penalties range from fines to life imprisonment, depending on the severity of the offence.

What are the limits?

The prohibited blood-alcohol concentration (BAC) is 80 milligrams or more (mg) of alcohol per 100 millilitres (ml) of blood.

Combination of alcohol and cannabis

The prohibited levels of alcohol and cannabis, when found in combination, is 50mg or more of alcohol per 100ml blood and 2.5 ng or more of THC per ml of blood.

Having any detectable amount of LSD, psilocybin, psilocin (“magic mushrooms”), ketamine, PCP, cocaine, methamphetamine or 6-mam (a metabolite of heroin) in your system within two hours of driving is also prohibited.

The prohibited level for GHB is 5mg or more per litre of blood, since the body can naturally produce low levels of this drug.

The Financial Costs of an Impaired Charge

Insurance companies will either cancel the insurance policy or put the driver into high risk or facility insurance rates of over $10,000 for 5 to 10 years.

The cost for car or truck insurance alone could be as much as $50,000 over a five year period.

Conviction for drinking and driving charges such as impaired driving will cost:

Then there are the costs for a lawyer to defend you in court.

Toss in that an impaired charge can hit you at work, if you need to drive at work, company vehicles could become off limits. Your decision to drive impaired could cost you your job.

Now, those weekends you like to head to the border, did you realize an impaired charge can stop you dead at the U.S. border?

The solution is simple, compared to all the costs alone for an impaired conviction, the price of a taxi-cab or designated driver is absolutely cheap.

It takes some thinking before you head out for a night out or before you climb behind the wheel of a vehicle. Taking that time before, saves big in the end.

How to Prevent Alcohol-Related Auto Accidents