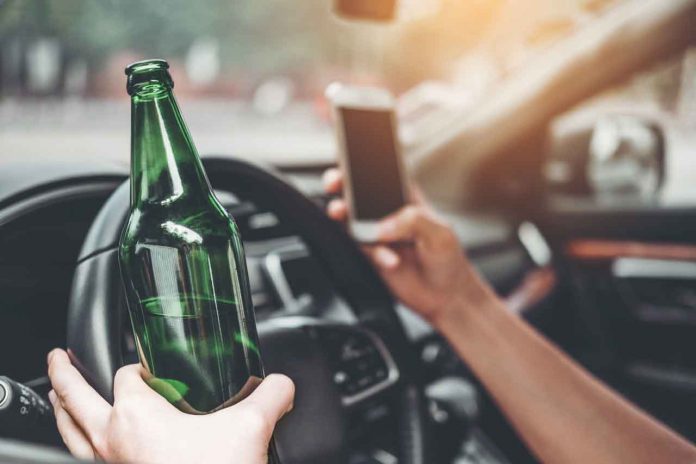 Nicky JOURDAIN collided with a fire hydrant and then fell asleep at the wheel of her damaged pickup truck faces a number of charges after being arrested early Wednesday morning.

Officers with the Primary Response Unit were dispatched to the area of Red River Road at Kenogami Avenue at about 6:30 am on Wednesday, October 5, 2022 following reports of a single-vehicle collision.

When police arrived at the scene they observed a pool of water on the ground and a broken fire hydrant. The investigation revealed that a black pickup truck, found closer to the Carrie Street and Algonquin Avenue area, had been swerving on the roadway before making contact with the fire hydrant.

Officers approached the vehicle, which was still running, and observed a female in the driver’s seat slumped over the steering wheel. Officers turned off the vehicle and woke up the woman. Once awake, police observed multiple signs of impairment.

The accused was placed under arrest.

During the arrest, the female attempted to provide officers with a false identity. But the continued investigation revealed the true identity of the accused.

The accused was transported to the Thunder Bay Police Service headquarters at 1200 Balmoral Street.

Nicky JOURDAIN, 35, of Thunder Bay, is charged with:

Nicky JOURDAIN appeared in bail court on Thursday, October 6, 2022, and was remanded into custody with a future court date.