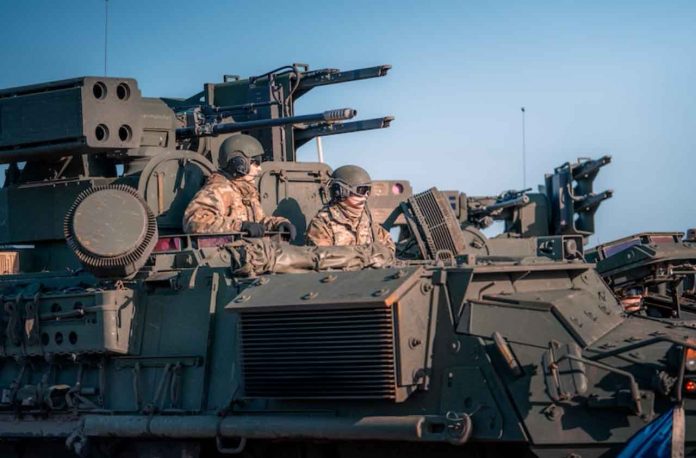 WASHINGTON – NEWS – The Defense Department today announced an additional $625 million in security assistance headed to Ukraine as part of the 22nd round of presidential drawdown authority. The equipment in the new package is specifically tailored to what Ukraine needs in the short term, and Ukraine continues to use what has been provided by the United States to great effect, the deputy assistant secretary of defense for Russia, Ukraine and Eurasia said.

“Ukraine has demonstrated the ability to use these capabilities to degrade Russian logistics and command and control, creating opportunities for Ukraine to maneuver and to advance,” said Laura Cooper. “This has created, as said recently, a change in battlefield dynamics.”

Russian President Vladimir Putin on Friday signed “accession treaties” illegally claiming that the Ukrainian territories of Donetsk, Kherson, Luhansk and Zaporizhzhia are now part of Russia. However, Ukrainian efforts on the ground, using equipment provided by both the U.S. and allies, demonstrate a different reality, Cooper said.

The entire package, said Cooper, was developed in conjunction with the Ukrainians, based on what they need.

“These are capabilities that the Ukrainians have received previously, and have requested additional capabilities,” Cooper said. “And it also responds to, in terms of … the volume of ammunition that they need on the battlefield today. We’re looking very closely at their consumption rates for ammunition to make sure that they have what they need for the counter-offensive.”

Warfighting materiel provided under presidential drawdown authority, or PDA, is pulled directly from U.S. military stocks. The U.S. has also provided support to Ukraine through the Ukraine Security Assistance Initiative. Under USAI, the U.S. purchases materiel directly from defense contractors, and that material must be manufactured first before being sent overseas.

The U.S. has committed more than $16.8 billion to Ukraine since the beginning of Russia’s February 24, 2022 invasion, and Cooper said more will come.

“The United States will continue to provide Ukraine with the weapons and equipment to meet its urgent needs on the battlefield, while also building Ukraine’s enduring strength to defend its sovereignty over the long term,” Cooper said. “The United States will continue to consult closely with Ukraine to meet its evolving battlefield requirements, in coordination with our allies and partners, to provide Ukraine with the capabilities it needs.”

“The United States condemns these actions and calls on the DPRK to refrain from further unlawful and destabilizing acts,” Ryder said.

In response to that missile launch, Ryder said the United States conducted two bilateral exercises, one with Japan and one with the Republic of Korea.

“These engagements were taken to showcase combined deterrent and dynamic strike capabilities, while demonstrating the interoperability our nations share,” Ryder said.

Ryder said that today, Secretary of Defense Lloyd J. Austin III spoke with his Japanese and Korean counterparts to discuss the threats posed by North Korea and reaffirm the U.S. commitment to the defense of Japan and the Republic of Korea.