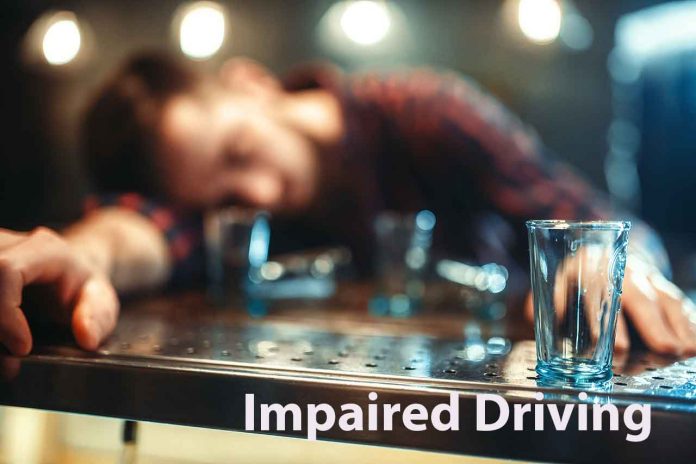 First, on July 14, 2022 at approximately 8:00 p.m., Rainy River District OPP received a report of a suspected impaired driver traveling northbound on Highway 613. Officers conducted a traffic stop and requested a breath sample. Philip OTTERTAIL, 31, of La Vallee Township was arrested and charged with:

Then on July 16, 2022 at approximately 4:00 p.m., Rainy River District OPP received a report of a suspected impaired driver. The vehicle came to a stop while traveling on Sunset Drive, and officers requested a breath sample. Molly SMITH, 26 of Fort Frances was arrested and charged with:

Next on July 16, 2022 at approximately 10:00 p.m., Rainy River District OPP received a call from Rainy River District Emergency Medical Services, requesting their assistance with a suspected impaired driver. Officers responded to the parking lot of a business on King’s Highway. The individual was immediately placed under arrest.

A drug impairment evaluation was conducted, and Tori HEBERT, 27 of Fort Frances was charged with:

·      possession of a substance included in Schedule I: Fentanyl, contrary to sec. 4(1) of the Controlled Drugs and Substances Act.

If you suspect a driver is impaired by alcohol or drugs, call 911 immediately.

How to Prevent Alcohol-Related Auto Accidents