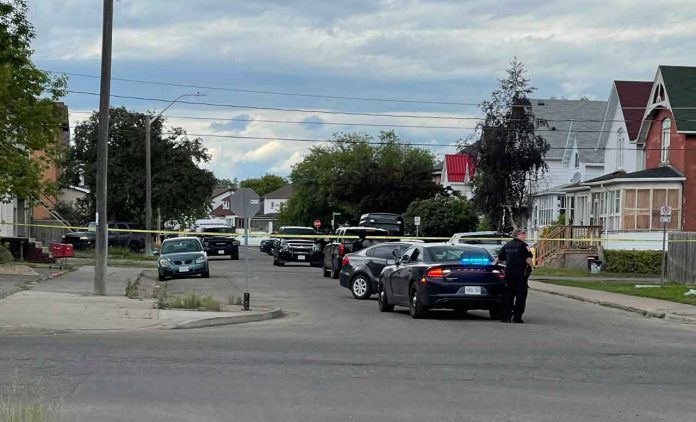 There was a significant police presence on Bethune.

EVANS was wanted on warrants by the Ontario Provincial Police in Norfolk.