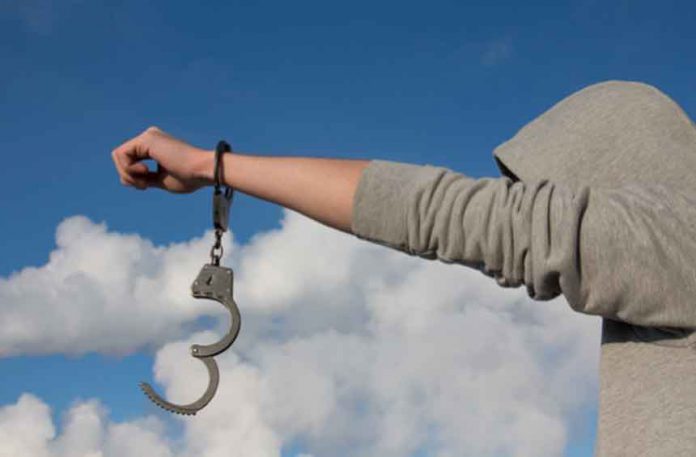 Thunder Bay – OPINION – Thunder Bay’s growing issues with addiction were front and centre in the Waterfront District this week. Truth be told the impact of our addiction crisis is on display unfortunately all too often across our entire city.

Thursday night in the Waterfront District, at about 8:45 PM a man who appeared very under the influence was in the parking lot of the OLG Casino and was trying to tackle vehicles.

He started with a vehicle entering the parking lot, apparently attempting to tackle the moving car. He then proceeded to a parked car. He was trying to beat up the vehicle. The entire time the man was screaming and yelling.

He approached two people in the parking lot screaming “Do you think this is funny?”.

He was obviously intoxicated on drugs of some sort. It was difficult to see a fellow human being in that condition of complete incoherence.

The man then went through the pathway between Black Pirate’s Pub and the Scotia Bank where he vandalized the Canada Post mail box.

Next he went across Red River Road and verbally assaulted a woman.

Thunder Bay Police had two people who contacted them about the male. Units of the TBPS were dispatched and the man was taken into custody. It is unknown what charges the individual may face.

During the day on Friday, between seeing people urinating on the streets, watching people smoking cannabis openly, the popular Waterfront District runs the risk of driving away the customers from the businesses stepping forward to make a difference in our local economy.

There is a growing problem in our city dealing with the ramifications of addiction.

Friday afternoon outside the Victoriaville Centre, Police and first responders were outside the mall dealing with another apparent overdose.

The influx of violence from southern Ontario drug gangs who have infiltrated our city is growing. The homicides over the past several weeks all have had their roots in drugs.

The Aggravated Assault on the 200 block of May Street on May 31st,  that has been upgraded to a homicide earlier today because the victim of the assault died, was apparently a result of a southern Ontario drug gang sending a message with the beating that the victim pay for drugs.

Thunder Bay Police are doing as much as they can to stem the tide of drug trafficking.

One area where perhaps more charges could be laid would be charges for culpable homicide laid against drug dealers when people using their drugs overdose and die.

What some police officers comment unofficially, is they feel sometimes more like they are on the Outdoor Channel in a catch and release fishing show.

Police catch the criminals, and the courts release many on conditions, with the usual being that breaching previous conditions are part of the “new” charges.

These seeming career criminals, some not even of legal age, appear unfazed by charges in the courts, unfazed by conditions imposed by the courts. It is actually reducing respect for the legal system in Thunder Bay as citizens are increasingly concerned for their safety and they see the courts releasing apparent dangerous people who police have worked hard to arrest back into society.

One of the ways the Courts could help is in changing directions on how individuals who have issues with addictions either to alcohol or to drugs being released with conditions to help them treat their addictions.

The usual process are conditions not to use drugs or alcohol.

Addictions experts have spent a lot of time trying to explain that addiction is more of a medical problem. When the courts release addicted people expecting them to simply shift to a life of sobriety is unrealistic. Many people battling addictions end up in trouble, and end up in the legal system in the first place.

The number of times a person is released and then re-arrested and re-released for breaching conditions is simply shocking.

It is not to suggest everyone accused of a crime should be remanded to our already over-crowded Thunder Bay jail. It is however to suggest that continual re-offenders need to be dealt with in a manner that doesn’t make people doubt our legal system.

Perhaps the problem is judges and justices of the peace simply are overwhelmed. The daily court lists are long, and often the system moves at a pace that makes watching a snail race seem exciting.

Police are not fully trained to deal with the days in and nights in struggle, and even Paramedics are struggling with all of the despair and trauma of overdoses.

One solution that British Columbia and Canada are trying is a pilot project to in effect decriminalize many illicit drugs.

Honestly since cannabis was legalized, it has become all too common to see people smoking up in public places.

Frankly as a cyclist, personally I am amazed at how many vehicles passing by are emitting that skunk-like odour of cannabis. It is almost as if all the years of telling people not to drink and drive have been left in the dust of history as people now toke and drive. I digress.

To watch people sitting outside cannabis retailers in our city smoking up, suggests to this writer that the decriminalization of illicit drugs is not likely the solution, but may in fact result in more addiction and greater hardship.

Nothing would kill addiction more than people having hope and a goal in their lives.

What is really needed, especially for Indigenous people are culturally based on the land programs, and a means of following up afterward with support to ensure that the cycle of addiction despair stops now and people are able to make their lives all they want and hope them to be.

The saying “Every Child Matters” is heard repeatedly

Yet sources tell NetNewsLedger that the child welfare agencies working with Indigenous families seem unable to really work to solve many of the addiction issues at the root of the problem for many of the clients they are dealing with.

Often those sources tell NNL that the case workers despite growing numbers of graduates of social worker programs who are Indigenous many of the workers, at least in Thunder Bay are not Indigenous. Some who are do not seem to actually know or understand the traditional culture, or practice it themselves.

Even in the criminal justice system, at the Thunder Bay District Court House there is an Indigenous room with a special ventilation system to permit smudging and there to allow a Circle so that traditional justice and healing can happen.

It doesn’t seem to be used much. NetNewsledger has sought to find out how many court cases have been diverted to that circle but have not found an answer yet.

More action is obviously needed to make the difference here and ensure that families are given the support and help they need.

It would be way too easy to simply blame those in our city who are addicted to alcohol or drugs.

Seeing the problems is the easy part. Finding effective and real solutions is the hard part and that is where the effort must be made.

That of course is just my opinion, and as always, your mileage may very.

Getting to the Harsh Realities in Thunder Bay