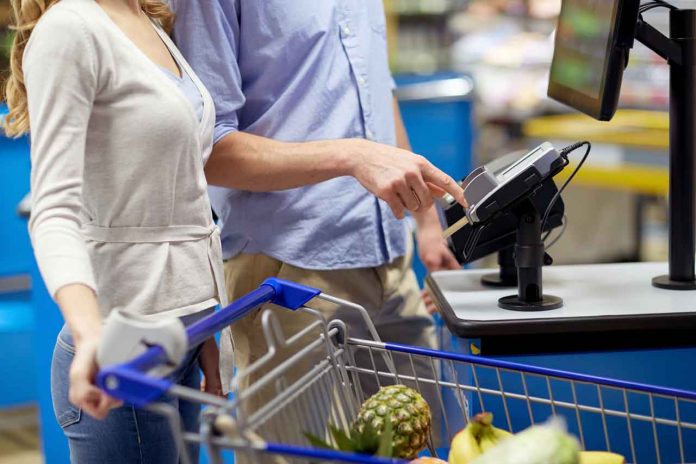 Self-checkouts at grocery stores are now more popular than cashier checkouts. But as grocers embrace technology, are consumers benefiting?

Self-checkouts have long been an unloved tool in the world of retail. In the beginning, nothing worked as it should, especially at the grocery store where an order for 20 items brought a new form of despair.

But even if the mere presence of self-checkouts bothered many consumers, Canadians have apparently befriended them in some fashion.

Less than a year ago, data from Dalhousie University indicated that, for the first time, self-checkouts were becoming the preferred option for customers when leaving the grocery store. No less than 53.2 per cent of Canadians were identified as intending to use self-checkouts regularly in the future. Sixty per cent of generation Z members (born between 1997 and 2005) and millennials (born between 1981 and 1996) planned to use more of these tills without a cashier.

So consumers used to love to hate these machines. But things have changed.

Self-checkouts are becoming more popular, even surpassing serviced checkouts. According to a survey conducted by Dalhousie University in early May, in partnership with grocery app provider Caddle in early May, a whopping 75 per cent of Canadians have used grocery store self-checkouts at least once in the past six months. And 85.1 per cent of Canadians said they were satisfied with their experience.

In addition, 47 per cent of Canadians say they’re willing to visit a cashier-less grocery store, where all purchases are captured by digital sensors. The sensors allow consumers to add what they want to their basket and leave the premises without going through any checkouts. Amazon Go is the most well-known model for this service. The number of people willing to use such technology was much lower before the pandemic.

Technology is increasingly accepted by grocery consumers. And it’s improving, becoming more intuitive and efficient. Instead of just offering consumers another option to exit the store while grappling with the optics of machines stealing jobs, grocers are clearly committed to technology and are no longer holding back.

During the COVID-19 pandemic, cashiers were considered heroes, and everyone wished them a raise. Elected officials have even criticized the big chains for abandoning certain compensation programs that offered employees better conditions.

But the reality is that hiring and retaining staff remains challenging, and it’s even worse with the current Canadian labour shortage. So automation and robotics are slowly becoming priorities in the agri-food sector, especially in food service and retail.

Once their choices are made, few consumers want to wait in line to pay. Waiting to pay for your groceries is so 2019. Some want to chat and socialize, of course, but many understandably just want to get what they need as quickly as possible and socialize elsewhere.

Food retailers accept that the labour market is changing and workers in the sector will want to perform different, more sophisticated tasks requiring advanced knowledge and skills. Gone are the days of hiring people to do repetitive tasks. Machines are replacing jobs that no one wants to fill.

However, these technologies require customers to do more work, without compensation. Financial institutions made a major shift decades ago with ATMs. At the time, customers were asked to do more while promising lower bank charges. We now know that quite the opposite has happened.

Unlike banks, the work done in grocery stores is a matter of food safety and security. The cost of food and how it’s handled matters a great deal to everyone. If self-checkouts mean higher prices in the future, consumers don’t benefit. But grocers will.

Taxing companies that opt ​​for this kind of technology that directly affects consumers has been floated from time to time. It’s time to revisit the concept.

At the very least, why not offer a reward or incentive to consumers for using these machines? If consumers must do more work during visits to the store, they must also benefit from it somehow.

Technology is redefining the social contract that grocers have with consumers. And our rapport with grocers will change as a result. It’s not a bad thing, as long as consumers benefit in some fashion.