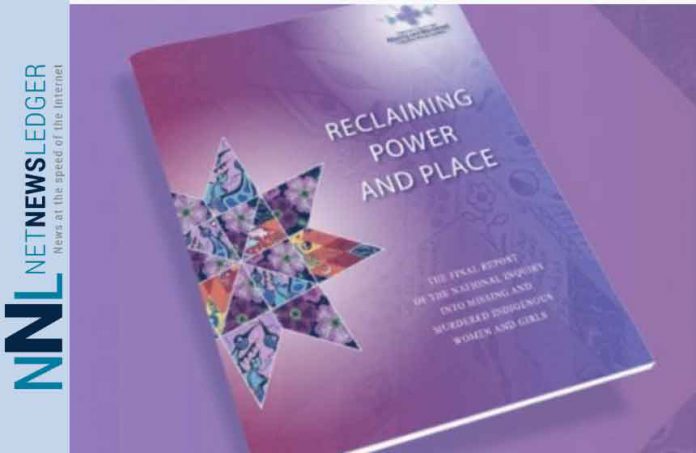 A comprehensive analysis of the federal government’s National Action Plan to address violence against Indigenous women, girls, and gender-diverse people finds little progress has been made over the past year to reduce the shocking number of murders and disappearances.

“It is now three years since the National Inquiry set the path for ending the genocide,” said Ms. Groulx. “NWAC has travelled far in its efforts to stop the murders and disappearances. We urge the government to join us on this journey now, today, before many more lives are lost.”

The Native Women’s Association of Canada (NWAC) assessed the National Action Plan and the accompanying Federal Pathway which were made public on June 3, 2021 – two years after the National Inquiry into Missing and Murdered Indigenous Women and Girls issued its final report declaring the violence to be part of an ongoing genocide.

In Canada’s MMIWG2S National Action Plan: Annual Scorecard released Thursday, NWAC tracked the commitments made by the government in its plan, assessing the implementation of actions that were intended to meet seven short-term goals and to state the next steps necessary to meet the Inquiry’s 231 Calls for Justice.

This lack of action is not just an issue for Indigenous women, girls, and gender-diverse people whose lives are at risk. A wide-ranging poll released Friday by Nanos Research finds, among other things, that Canadians are three times more likely to say their country has done a poor job of curtailing the deaths and disappearances than to praise the work it has done federally to stop the bloodshed. That survey is available at www.nwac.ca along with documents related to NWAC’s annual Scorecard.

When the National Action Plan was released, NWAC dismissed it as “an aspirational document with no funding, timelines, or measurable goals.”

The federal budget of 2021 directed $2.2 billion over five years to address the genocide against Indigenous women, girls, and 2SLGBTQQIA people. But the commitments outlined in the plan were not separately costed, and there is little information to show how those funds are being distributed and what concrete action is being achieved.

“Today, we are seeing the sad results of the government’s weak response to the crimes being committed against Indigenous women, girls, and gender-diverse people,” said Lynne Groulx, NWAC’s CEO. “The National Action Plan, as it was drafted, was actually a recipe for inaction, and the people represented by our organization are paying the price.”

Just prior to the release of the National Action Plan, NWAC made public its own fully costed plan entitled Our Calls, Our Actions to outline how the association would address the Inquiry’s Calls for Justice. NWAC is pleased to announce that it has fully completed 40 of the 66 actions contained in that plan and has made progress on an additional 18.

Over the past year, NWAC introduced 16 different projects or programs aimed at reducing violence against Indigenous women, girls, and gender diverse people. Many were delivered through the creation of the Resiliency Lodges that are now operating in two provinces and are being developed in others.

At the same time, NWAC established three separate accountability mechanisms to oversee its achievements and to highlight what has left to be done.

“These are things that we have implemented because we simply cannot stand by and do nothing while our mothers, daughters, sisters and aunties are being taken from us,” said Ms. Groulx. “We fully understand the urgency, even if those who are in power do not.”

Statistics Canada said earlier this year that two thirds of First Nations and Métis women report having been physically or sexually assaulted since the age of 15 – a rate that is significantly higher than that reported by non-Indigenous women.

Between 2015 and 2020 (the most recent year for which numbers are available), Indigenous women accounted for 24 per cent of all female homicide victims in Canada, even though they make up just 5 per cent of the country’s female population. There is nothing to suggest that those crimes are on the decline.

It is critical that action be taken to end this genocide, said Ms. Groulx. The Calls for Justice of the National Inquiry are legal imperatives, and their implementation is not optional, she said.

The following is a summary of NWAC’s analysis of the progress made by the government over the past 12 months toward meeting the 30 actions contained in its National Action Plan, broken down by goals and next steps.