In the City of Thunder Bay, the Urban Greenscapes project initially under the driving force of Dan Fulton who started raising awareness for the Monarchs in the city. 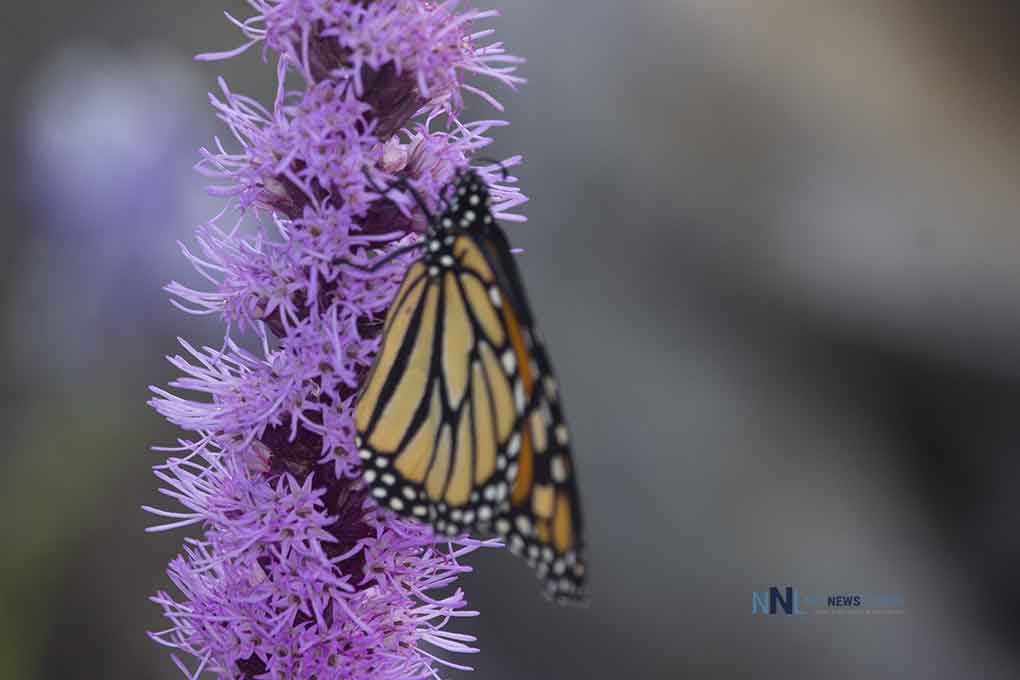 The Adelaide Monarch Park has become a living legacy to Dan, who has passed away.

Do you want to help the Monarchs?

Recent reports from Mexico show a slight increase in overwintering Monarch Butterfly habitat, but the count still falls short of the six hectares necessary to sustain the eastern Monarch population and more needs to be done in Canada to conserve the iconic butterfly, the Canadian Wildlife Federation (CWF) says.

“The first Monarchs have now been spotted in southwestern Ontario, making their way to Canadian breeding grounds,” says Carolyn Callaghan, CWF Senior conservation biologist, terrestrial wildlife. “As migration season resumes, it’s critical that we improve the habitat for Monarchs along roadsides, utility corridors and other rights of way in addition to urban areas.”

Overwintering Monarchs occupied an area of 2.85 hectares in Mexico in winter 2021-2022.

Meanwhile, Canada has 1.4 million kilometers of rural roads. “This represents a tremendous opportunity for the conservation of Monarch and hundreds of other pollinator species,” Callaghan says.

CWF is working with landowners and rights-of-way managers to restore habitat for Monarch and other pollinators. This year CWF is also releasing a mowing map to aid rights of way managers in timing roadside mowing beyond the safety zone to reduce impacts to Monarch. The maps provide the ideal spring and fall safe dates, before and after which roadside habitat beyond the safety zone can be mowed without risk of directly harming Monarchs.

Monarch Butterflies are widely distributed across North America, from Central America northwards to southern Canada. Within Canada, Monarchs range from the Atlantic to British Columbia and have been recorded out of their regular range as far north as the Northwest Territories. Monarch larvae feed only on milkweed, so the Monarch breeding range is restricted to where milkweed grows.

The Monarch Butterfly population has declined by more than 80 per cent since the mid 1990s.

“If Canada is to make a significant contribution to the recovery of the Monarch, we need to focus on providing a diversity of native wildflower-rich habitats along roadsides,” says Callaghan. “Pollinator pathways can be created along rights of way by reducing or adjusting mowing practices and growing pollinator-friendly native wildflowers on boulevards and along highways and transmission lines.”

The benefits will be multiplied as Monarchs are an umbrella species. “When you create habitat for Monarchs, you are also creating habitat for hundreds of pollinator species, including bees, flies, moths and other butterflies.”

If the ideal mowing dates can’t be accommodated, one option is to push the spring dates back 10 to 14 days. The later dates would be based on first breeding evidence rather than first arrival dates, but Callaghan says all efforts are appreciated.

CWF’s ongoing public awareness campaign “Grow It Don’t Mow It” encourages rights of way managers and members of the public to grow native wildflowers instead of European grass lawns which require ongoing maintenance.

A New Way to Look at Madam Butterfly