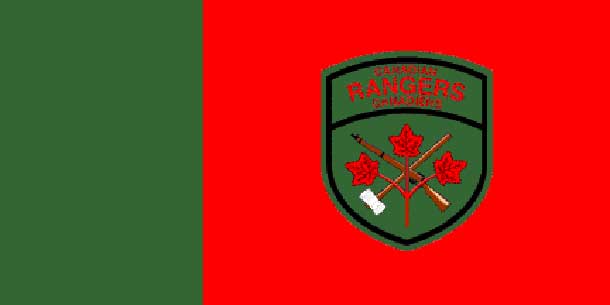 A group of seven Canadian Rangers from five First Nations from across Northern Ontario have participated in a national celebration of the 75th anniversary of the founding of the Rangers in 1947.

The four-day event attracted almost 50 Rangers, who are part-time army reservists, from across the Canadian North to Victoria to meet and train together. They practiced marine search and rescue, the use of a helicopter in loading and unloading patients and cargo, the safe use of all-terrain vehicles, and introduced them to the use of horses.

“I was excited about the horses,” said Ranger Conrad Kamenawatamin of Bearskin Lake First Nation, a small and remote Oji-Cree community in Northern Ontario. “I’ve never been close to one before.”

Like all the Ontario Rangers Master Corporal Leo Oskineegish of Nibinamik First Nation was thrilled by the horses. “It was mission accomplished,” he said. “I finally got on a horse for the first time.  We don’t have them up North. I’d only ever seen a horse in a movie before.”

The Rangers in British Columbia train with horses to help them negotiate the province’s rugged terrain.

The celebratory event was held to honour the formal establishment of the Rangers 75 years ago, to commemorate their history, and pay tribute to their continued service to Canada. There are more than 5,000 Rangers in more than 200 small and remote communities across the Canadian North. Most are Indigenous and they operate in 26 Indigenous languages.

“The Rangers in Ontario are not 75 years old,” said Lieutenant-Colonel Shane McArthur, the Canadian Army  officer who commands 700 Rangers in 29 First Nations across the Far North of Ontario.

“Our first patrol opened in Moose Factory in 1994. But we share the history, the heritage, and the recognition awarded Rangers because no matter where they are, they all wear the same red hoodie and red ball cap and perform the same types of missions and tasks.

“Our Rangers in Ontario have held their own and have performed above and beyond, particularly during the past couple of years of Covid.”

“Coming and meeting Rangers from all over Canada made me proud to wear my red Ranger sweater,” Master Corporal Oskineegish said.

For most of the Rangers from Ontario the visit to British Columbia was their first.

“I’m really enjoying myself,” Ranger Kamenawatamin said. “It’s really beautiful out here. The mountains are nice, the views are nice, the flowers are nice. I just got off a helicopter flying around an island. I got to see some seals. I’ve met Rangers from other parts of Canada. I’ve seen how they handle tasks. I’m learning a lot.”

The Rangers who represented Northern Ontario at the 75th celebration were Master Corporals Tyson Duncan of Wapekeka, Jean Rabit-Waboose of Eabametoong, and Leo Oskineegish of Nibinamik;  Corporals Harriet Cutfeet from Kitchenuhmaykoosib Inninuwug and Yolanda Winter from Wapekeka; and Rangers Charlie Jacob from Webequie and Conrad Kamenawatamin from Bearskin Lake.

Daniel McKay and Nadia Shooman, two Junior Canadian Rangers from Kitchenuhmaykoosib, went on the trip with the Rangers.

(Sergeant Peter Moon is a Ranger with the 3rd Canadian Ranger Patrol Group at Canadian Forces Base Borden.)