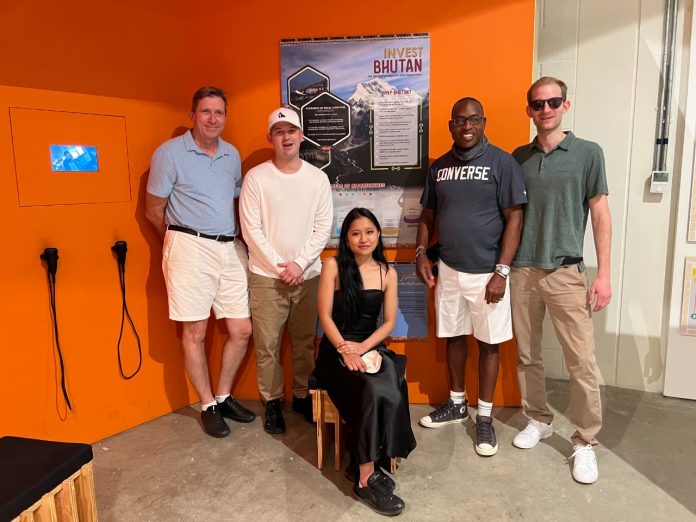 Non-fungible tokens (NFTs) are becoming one of the fastest growing new forms of cryptocurrency. They are electronic art pieces that people can purchase. Each piece is unique, and the societies that produce the NFTs have themes. One such NFT theme is strength, unity, and morality. The images are of apes and gorillas because they represent the theme.

That NFT Society is Ape Gorilla NFT Society, and it was co-founded by Leona Choden Wangchuk and Dasho Leon Rabten. Leona is the granddaughter of Her Royal Highness Pema Choden Wangchuk of the Kingdom of Bhutan, and the Community Based Organization (CBO) of Ape Gorilla NFT has formed a partnership with the country of Bhutan in order to spread happiness and help people in both the United States and Bhutan.

Wangchuk and Rabten serve Bhutan and its people as Desuup, “Guardians of Peace,” by acting as “Happy Gorilla” CBO Ambassadors. Their main goal is to increase the happiness index of the people of Bhutan, measured by infrastructure and citizen satisfaction. Any donations made go straight to the people of the country to fund youth education, agriculture, and development. They also help form connections to other influential figures for community assistance. The emphasis intends to create over 200,000 jobs and businesses for the Bhutanese citizens.

In addition to serving the people of Bhutan, Ape Gorilla NFT Society also intends to serve its members in other countries, including the United States. With 11,337 NFTs ready to launch, the undertaking is a large NFT offering and 11,337 chances for people to become members of a society that thinks of its members as family.

Their foremost goal is to promote goodness and morality and unlock a world of positivity for the community. For example, they offer business/charity grants of up to $100,000 to organizations that align with their values and offer project proposals that help others. They have also set up the “Gorilla Fund,” a decentralized Go-Fund-Me-esque platform that uses cryptocurrency to allow the AGC community and the general public to invest in individuals or businesses that promote the values they hold, such as healing, creating, and innovating. AGC has invested $3 million in the fund without expecting any return on the investment other than the establishment of goodness and morality in the world. They truly want to change the world.

Knowing that the world of cryptocurrency is a complex one that few people truly understand, AGC also offers academic courses for members in Web 3.0 and Blockchain technology as well as business assistance software, networking opportunities, gamification for marketing, and invitations to some pretty impressive high-profile events. The benefits of membership are not just business ones, however.

They recently collaborated with Cabarete Condos in the Dominican Republic to offer members the opportunity to spend two nights in a two-bedroom condo on the beach for free with an option to extend their stay for 20% off. In addition, members have exclusive access to both virtual and in-person restaurants, clubs, villas, and even more. Ape Gorilla Club is an NFT project to look for! The Club’s social media can be found on Instagram and Twitter, or on their website at apegorilla.com, and their Discord server!