Home News Local News A Bird in the Hand is Better than a Bird in the... 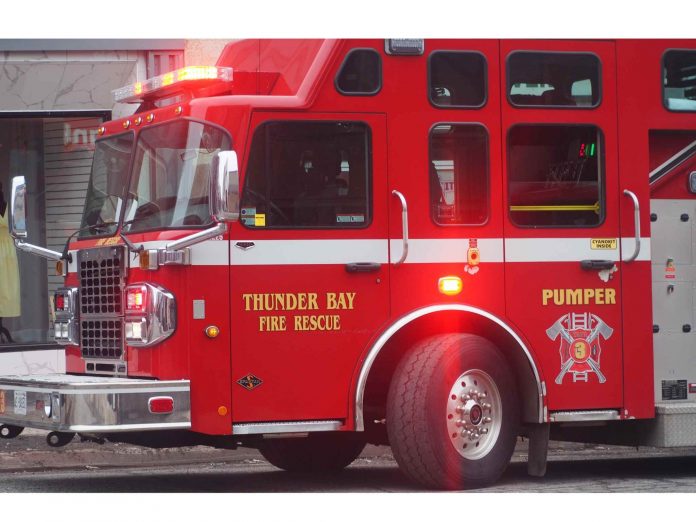 THUNDER BAY – NEWS – Thursday afternoon Thunder Bay Fire Rescue received a call from fire dispatch who had an 11-year-old girl on the line crying that her bird was “stuck in the wall”.

The Platoon Chief dispatched a pumper and crew to an Arthur St. address to investigate and assist.

Upon arrival, the crew discovered a little yellow budgie bird that had fallen behind a gap in the rear of a tall kitchen cabinet, wedged approximately two feet from the floor between the cabinets and the wall, and definitely could not “budge”.

In discussion with the homeowner, firefighters  were granted permission to carefully cut a hole in the adjacent wall in an attempt to access the trapped pet. Firefighters cut an exacting hole through both layers of drywall accessing the budgie unharmed, and reunited her with her young (now smiling) tearful owner.

Platoon Chief Jo Rucchin says, “Thunder Bay Fire Rescue reminds its citizens to have discussions with their young children about emergencies, the importance of calling 911, and knowing pertinent information such as home address such this little girl did, good job!”