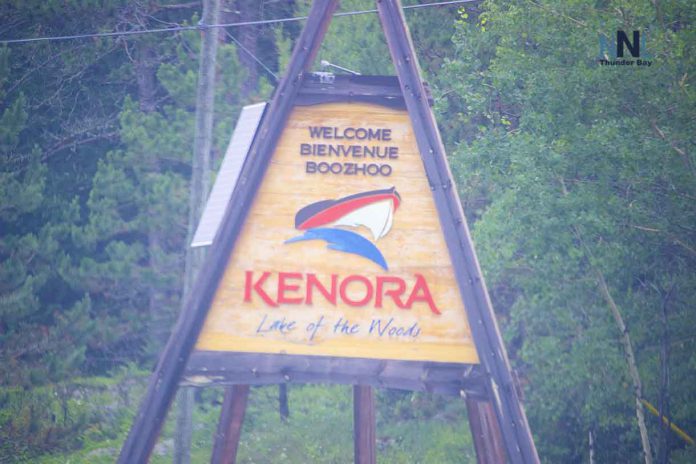 Kenora – NEWS – The City of Kenora has been advised that the water levels are expected to continue to rise for the next 5-7 days on Lake of the Woods, Winnipeg River and Black Sturgeon.

City crews have provided their best efforts to ensure the roads are passable and remain safe for travel.

On Friday Kenora Officials stated, “Despite best efforts, we have reached a critical juncture”.

“On Friday, a formal evacuation order was issued. This order is critical to protecting our citizens and the City as we carry out our legislated duties under the Emergencies Act.

“We are aware that some citizens may remain in their homes and this decision is at their own risk”.

The safety of our citizens, specifically the hundreds of residences impacted is our first priority. Our actions include the following:

• Between 2:30 pm–6:30 pm, on Friday, May 13th, Kenora Fire and Emergency Services, OPP and our Roads crews created a safe passage corridor on East Melick Road north of the Portier Bridge to support evacuation

• Upon conclusion of the safe passage corridor, East Melick Road will now be closed 600 metres north of the Portier bridge. No emergency or city services will be provided to this section of the community until such time that it is safe to do so.

• At 11 am CDT on Saturday, May 14th East Melick Road will be closed at Essex Road. Residents who live in the area of the Portier bridge and southerly on East Melick Road (this includes Victoria Crescent, Decemvir Dr, Bell Point Road and residents to the east of this area) should also evacuate as water levels are expected to rise to a point where the East Melick and Essex Road area will become under water and potentially unstable.

• Ontario 211, a 24 hour phone hotline, is set up to support communication and to provide assistance to residents.

It is important to note there is more than eighteen inches of water on top of the roads. Continuing to attempt to build up roads or install new culverts is no longer a viable path forward given the current volumes of water. We have exhausted infrastructure renewal options that would provide value under flooding conditions.

Water is still flowing from Black Sturgeon into the Winnipeg River but we anticipate this will change in the near future. Although this is good news, if this shifts due to the rising Winnipeg River water levels the flooding in the Black Sturgeon area will be compounded drastically. Once that does happen, we will have very critical water levels on all of these affected roads.

The City has been advised that the Ministry of Northern Development, Mines, Natural Resources and Forestry is making sandbags available to homeowners in the area surrounding the City of Kenora in the unorganized territory.

Sandbags for non-residents can be picked up at the Ministry office on Robertson Street.