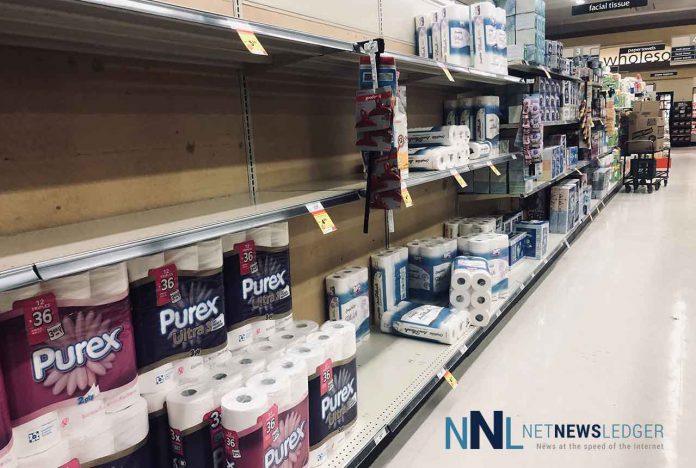 The era of cheap food may be ending as climate change, conflict and widespread poverty make food harder to grow and afford – but key policy shifts could help

LONDON – (Thomson Reuters Foundation) –  Food prices around the world have soared to record levels this year as the Russia-Ukraine war slashes key exports of wheat and fertiliser from those countries, at the same time as droughts, floods and heat fuelled by climate change claim more harvests.

Wheat prices hit a 14-year peak in March, and maize prices reached the highest ever recorded, the International Panel of Experts on Sustainable Food Systems (IPES) said in a report released on Friday.

That has made basic staples more expensive – or harder to find – for families in many countries, especially the poorest.

Climate change, widespread poverty and conflicts are now combining to create “endemic and widespread” risks to global food security – which means higher food prices may be the new normal, unless action is taken to curb the threats, IPES noted.

If these things are neglected, the world will find itself “sleepwalking into the catastrophic and systematic food crises of the future”, the IPES experts noted.

Why are food prices so high right now?

Russia and Ukraine supply about 30% of global wheat exports, but those have fallen as a result of the conflict.

National stocks of wheat – mostly eaten in the countries where it is grown – remain relatively high, said Brigitte Hugh of the U.S. Center for Climate and Security.

But the drop in exports from Russia and Ukraine has driven up competition for the remaining wheat on the global market, leading to higher costs that are particularly painful for poorer, debt-ridden countries that rely heavily on imports.

But the disruption to wheat exports from Russia and Ukraine is not the whole reason for the price hikes, which have spilled over into maize, rice and soy markets as buyers seek alternative grains.

Spurred by the conflict, financial speculators have leapt into trading in grain futures, for instance, “artificially” inflating prices as they seek to profit from market uncertainty, G7 agriculture ministers have complained.

Since the last food price crises of 2007-2008 and 2011-2012, “governments have failed to curb excessive speculation and ensure transparency of food stocks and commodity markets,” said Jennifer Clapp, a professor specialised in food security at Canada’s University of Waterloo.

The problem “must be urgently addressed” if the world wants to ensure more stable food prices in coming years as climate change, conflict and other threats drive up risks, she added.

Some wheat-growing countries are already planting more, and India has said it will boost exports of wheat to meet demand, although its current heatwave could dent yields, the London-based Energy and Climate Intelligence Unit warned.

But efforts to boost production globally have been hampered by shortages of chemical fertiliser. Russia and Belarus produced 40% of international potash exports last year and that trade has also been hit by the war.

Climate change impacts – from droughts and heatwaves to flooding and new pests – also are making it harder for farmers in many parts of the world to get a reliable crop, a problem set to worsen as planet-heating emissions continue to rise.

As well, the land available to plant more wheat, maize and rice is limited, with expansion of farmland – particularly in countries such as Brazil – often coming at the expense of forests that are key to keeping the climate stable.

With a limited supply of land under increasing pressure from those trying to grow food, protect nature, install renewable energy and store carbon, land may become the strategic global asset of this century, said Tim Benton, research director of the environment and society programme at think-tank Chatham House.

A desire to control more Ukrainian farmland – and more of the future global food market – could even be one of the drivers of Russia’s invasion, he noted.

What could help keep food affordable?

Because a large share of the world’s grain goes to feeding livestock, persuading people to eat less meat and dairy could boost grain supplies dramatically, said Pierre-Marie Aubert, an agriculture expert at France’s Institute for Sustainable Development and International Relations.

The global shortage of cereals on export markets this year is expected to be 20-25 million tonnes – but if Europeans alone cut their consumption of animal products by 10%, they could reduce demand by 18-19 million tonnes, he noted.

And globally, planting a wider variety of crops in order to reduce dependence on just a few grains, with markets dominated by a small number of exporters, could boost food security.

In addition, investing in climate-smart farming, to protect harvests as the planet warms, would help shore up global food supplies, while providing debt relief could give the poorest countries more fiscal space to manage food price fluctuations.

What happens if food prices continue to rise?

The international aid system was already “overwhelmed” by rising need and inadequate funding before the Russia-Ukraine war, and now high prices mean less grain can be bought, said Gernot Laganda, the climate and disaster risk reduction chief at the U.N. World Food Programme.

“It has never been this bad,” he told the Thomson Reuters Foundation. He fears that, as climate change adds to existing food security threats, price hikes are “a runaway train you can’t stop”.

Worse, as costly food threatens to stoke political unrest and eat up government funds, it could derail efforts to curb climate change and build resilience to its impacts, driving a vicious cycle of ever more poverty, unrest and hunger, he warned.

Benton of Chatham House said the Russia-Ukraine war may trigger a landmark shift in food prices.

“The end of cheap and highly available food, for some people, is going to be very much the reality,” he noted.