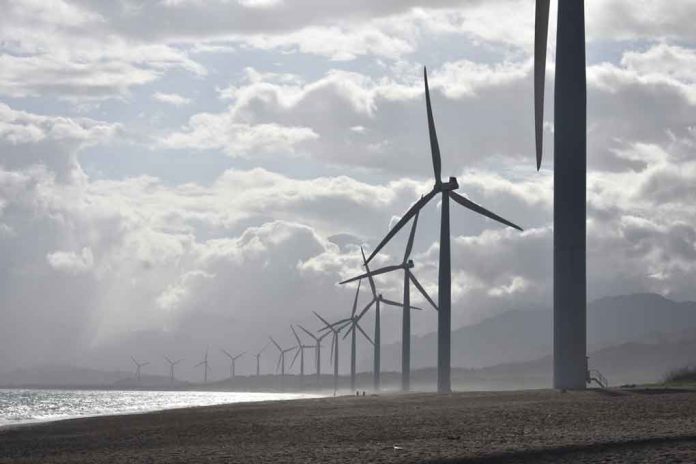 Russian President Putin’s bloody and senseless attack on Ukraine has left Europe with no choice but to finally ditch fossil fuels and embrace renewables as the continent grapples with unprecedented security of energy supply issues.

Germany’s decision on Monday to accelerate its transition to renewables and leave dirty fossil fuels behind paves the way for the rest of Europe to make a quicker green energy transition than previously anticipated.

According to a government draft paper seen by Reuters, Germany now aims to meet its electricity needs from renewable sources by 2035, compared to its previous target to drop fossil fuels before 2040.

Europe’s top economy caved to pressure from other Western nations to find an alternative to Russian gas, but the rest of Europe must now follow its lead – and urgently.

Decades of climate talks and rising evidence of the disastrous effects of global warming failed to result in a concerted effort to transition away from oil and gas.

It is only now, as we still reel with shock at the sudden and brutal attack on a democratic country on the edge of Europe, that the need to stop importing Russian gas, which provides more than a third of Europe’s gas supply, has become so plainly urgent from both a practical and moral perspective.

If we continue to buy Russian gas, we will continue to empower unscrupulous leaders like Putin who use revenue from fossil fuels to launch devastating wars and terrorize ordinary citizens. By relying on Russian gas, we are implicitly supporting and empowering Putin. Three quarters of Russia’s gas exports end up in Europe.

Energy security in Europe has long been destabilised by this dependence on Russian gas. In 2009, Russia turned off the gas taps to Ukraine for 13 days, leaving a good portion of Europe drastically short of gas. We are acutely aware of the ever-present threat that Russia could turn off the taps at any moment, leaving Europe with only six weeks’ gas supply and scrambling for alternative energy sources.

If we replace Russian gas with new gas infrastructure in Europe like new pipelines or LNG facilities we will still expose ourselves to volatile global energy markets and geopolitical tensions.

Instead what we need is to grow local, domestic renewables markets. Cheap and clean solar and wind power aren’t dependent on turbulent geopolitics and cross-border tensions. They also create jobs and could revitalize rural areas of Europe – vast swathes of inland Spain and Germany for instance – that have been left abandoned and depopulated following the closure of coal mines and declining agricultural use.

The war in Ukraine has also served to starkly highlight the long – and now deeply troubling – relationship that global energy majors have had with Russia.

The historic decisions by BP on Monday – and then Shell  – to exit their Russian operations sends a stark message to other energy firms that distancing themselves from Russian fossil fuels is an act that can no longer be avoided.

Climate-friendly activist investors have increased pressure on firms in recent years to leave outdated fossils fuels projects behind. Now – with the threat of the Ukraine war escalating into a global conflict –ESG pressure to ditch morally untenable arrangements will intensify.

In the uncertain months to come it will not be easy to wean ourselves off our reliance on Russian gas. The Bruegel institute, a Belgian-based think tank, predicted on Monday that Europe will have to curtail its gas demand by at least 10-15% if we are to survive next winter without Russian gas imports.

But over the longer-term, the only path to energy security and not inadvertently endorsing Putin’s bloody campaign is clear – ditch the outmoded dependence on gas, and redraw Europe’s energy map, building up local clean energy systems.

For energy firms there is no longer anywhere to hide, and we are at a watershed moment in Europe’s green energy transition – albeit one that came from geopolitical pressures very few would have predicted less than a week ago. If anything good comes out of this devastating war, it will be a cleaner, more reliable energy future.