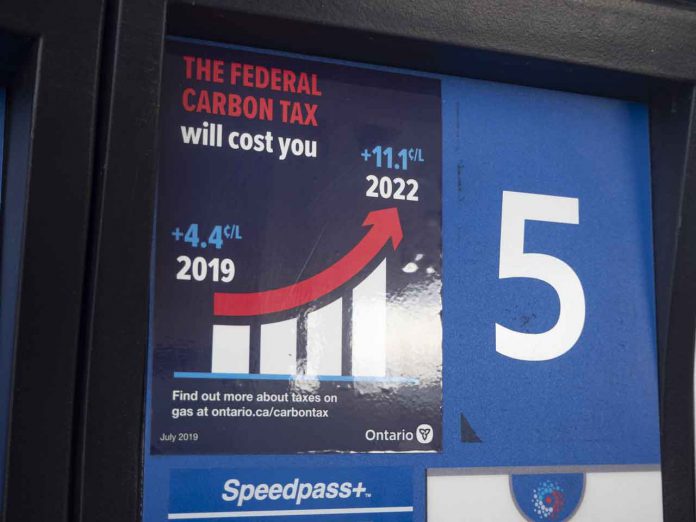 The countdown is on to get a gas tax cut in the province of Ontario.

Late last year, Ontario Premier Doug Ford said he would keep his promise to cut the provincial gas excise tax by 5.7 cents per litre, nearly four years after he first made the commitment to Ontario voters.

After years of stalling, the Ford government says Ontarians will finally get relief at the pumps by the end of March.

During the 2018 provincial election campaign, Ford ran as a candidate who would stand up for taxpayers.

Ford told Ontario voters in 2018 that gas prices were too high and that the government needed to do something about it.

“Every day, I hear from people who are fed up,” said Ford. “Fed up with being gouged at the pump.”

Ford said he recognized that high gas prices meant millions of Ontarians were having a difficult time with “no end or relief in sight.”

Ford promised to reduce gas prices by 10 cents per litre in his party’s election platform.

To achieve that goal, Ford pledged to scrap former premier Kathleen Wynne’s cap-and-trade carbon tax, which would take 4.3 cents per litre off the price of gasoline, along with a 5.7 cent per litre cut in provincial gas excise taxes, for a total tax cut of 10 cents per litre.

Unfortunately, Prime Minister Justin Trudeau and the federal Liberal government imposed the carbon tax backstop on Ontario and robbed Ontarians of 4.3 cents per litre of relief at the pumps.

But by cutting the gas excise tax, Ford has a real chance of delivering meaningful savings to everyday Ontario families without interference from Ottawa.

Over time, saving 5.7 cents a litre will mean significant savings.

A family filling up a minivan and a sedan once a week stands to save over $390 a year through the premier’s government’s proposed tax cut.

At a time when millions of Ontarians are having a tough time just getting by, nearly $400 of savings could cover a couple of weeks of groceries for a family of four.

Cutting gas taxes is a good idea when one looks at a breakdown of gas prices. Last month, drivers paid an average of 52.5 cents per litre in taxes when filling up their gas tanks, according to the government of Ontario’s own data.

That translates into $39.90 in taxes when a single mom fills up her minivan to drive her kids to school, buy groceries, and get herself to work.

That’s far too much of her hard-earned money going into government coffers.

What’s more, tax rates on gasoline will go even higher this April with the Trudeau government’s planned carbon tax hike.

As Ontarians face soaring costs of living and higher prices on everything from food to gas to clothing, taxpayers need relief now more than ever before.

Ford can be the man who delivers if he keeps his promise.

It’s time for the premier to finally become the taxpayer champion he once claimed to be.

After nearly four years of stalling, Ford needs to deliver on this election commitment.

He should do so immediately.

The clock is ticking.

Jay Goldberg is the Ontario Director for the Canadian Taxpayers Federation.