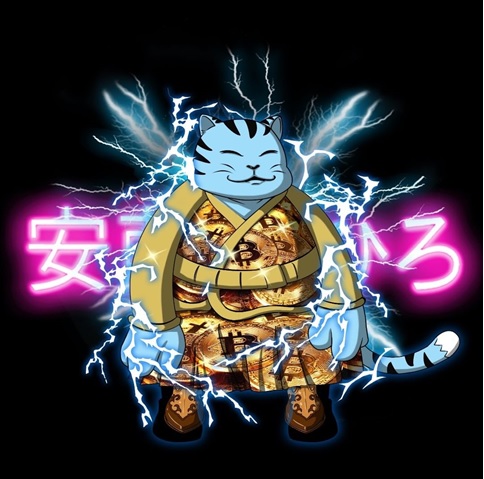 He roped in Steve Aoki, the well-known DJ, as his partner for Samurai Cats and garnered more headlines this year.

The way a few industries have been on a constant rise is proof enough of the many new technologies and developments that the world embraced. It is more than essential today to talk about all these advancements as they go ahead in proving how a few rare gems and astute minds have given it their all and proved to the world how success could be achieved, even amidst competitive industries. We couldn’t help but notice the swift rise of one such passionate artist, a man who believed in his visions and thus could create a success he constantly desired in all his ventures; he is Hiro Ando (@hiroandoofficial), a well-known Japanese artist, who has now jumped into the NFT world. The Japanese artist and all his work in the world of art are all about Japan and its culture, where reformatting the icons of his country into colourful scriptures like Maneki-Neko (lucky cat), samurai warriors, sumo wrestlers, and koi fish have earned him great appreciation and respect.

From being an illustrator and founding his first studio named CrazynOOdles in 2005 to getting into the NFT, space was no easy task for him. But the momentum he has been gaining in the industry can be attributed to his years of hard work and commitment to what he has desired to do in his career. Jumping into a different industry altogether surprised many, but he was determined anyway, as he saw the constant boom in the world of crypto, trading, and NFTs. This motivated him to be a part of the industry and develop the idea of his one-of-a-kind NFT collection called “Samurai Cats.” His collection is unique because it consists of an NFT collection of 4747 Samurai Cats, unique digital collectibles on the Ethereum blockchain. The much-talked-about artist has made sure to depict his artistic genius in the same where the Samurai Cats are assembled randomly from over 300 layers hand-drawn by the artist himself.

What helped Hiro Ando and his NFT collection “Samurai Cats” gain more headlines was the association from Steve Aoki, the famous DJs of all time, who aced the game in the electro-dance scene. Steve Aoki decided to partner in Samurai Cats as he too believed in the authenticity and honesty of this project. He also highlights how it has the power to take over the whole of the NFT space. Steve Aoki is more than happy to be a part of this project, and with Hiro Ando has been looking forward to making more strides with his NFT collection and project, which is slated to get launched soon. Samurai Cats (www.samuraicats.io) are currently offering giveaways to family and friends.

Hiro Ando has emerged as one of those rare personalities and artists, who with entering the Defi world, has made quite a name for himself with Samurai Cats. To know more, follow it on Instagram @samuraicats_by_hiroando.