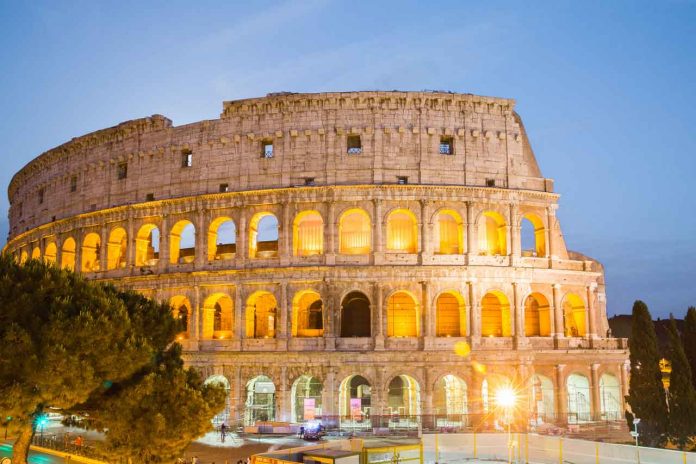 Thunder Bay – OPINION – In July of 64 A.D. a great fire ravaged Rome for six days, destroying 70 percent of the city and leaving half its population homeless. According to a well-known expression, Rome’s emperor at the time, the decadent and unpopular Nero, fiddled while Rome burned. This story is probably false as historical records indicate that Nero had returned from his villa in Antium to lead rescue measures, but it was too late to be a hero, as the citizens of Rome no longer trusted him.

And so it may be in Thunder Bay that efforts being made to deal with homelessness and the opioid crisis by a mayor and council who spent several years strongly advocating and willing to commit millions of municipal dollars for an indoor sports facility during a time when Covid-19 was ravaging our seniors in nursing homes and shutting down the local economy has damaged the trust citizens once gave this mayor and his council.

The tone-deaf attitude continues as citizens will not be allowed to hear the eight alternative options to the original indoor sports facility that the CEDC estimates will cost $48 million. TBnewswtch reported, “A long-awaited report shows the City of Thunder Bay has reviewed eight outside proposals to build a multi-use indoor turf facility, but the details will stay under wraps, as the city awaits an answer on its application for over $20 million in federal funds”.

On October 18, 2021, the mayor spoke at city council and said that as a city we cannot be “too shy” to have certain conversations. He was referring to the Indigenous communities who under Band Council Resolutions ban residents from their communities and who perhaps then come to Thunder Bay and other municipalities increasing the homeless population in Ontario. The mayor boldly placed blame on the Indigenous for their plight and not one councillor challenged this narrative.

The mayor and council aren’t “too shy” to blame others for their inability to deal with the city’s systemic racism, their unsuccessful bids from other levels of government for funding to help Thunder Bay with gangs and gun crime, and the opioid and homeless crisis. However, they are “too shy” to share with the public details of the eight proposals to their Cadillac version of an indoor sports facility, and the strategy to keep the public uninformed continues.

During a live streamed council meeting it became obvious that the mayor and council knew the original $21 million in ICIP funding for the indoor sports facility had been declined long before the public knew. The poker-faced charade by council trying to cover this fact played out on television screens at home, and we knew we had been deceived yet again. Why the rationing of information? Who does it benefit?

Covid weary citizens do not have the stomach for back room deals. Today, many families continue to live in fear of the economic ramifications of Covid-19 as prices soar at grocery stores, hardware stores, and at gas pumps. Yes, an indoor sports facility would be a welcome addition to Thunder Bay, but not at a price tag citizens cannot afford, and not without the transparency needed for a multi-million-dollar project.

Thunder Bay is burning. The mayor and council need to put down their fiddles and deal with our children and grandchildren who are dying from accidental overdoses, deal with systemic racism, deal with guns and gangs, deal with homelessness, and deal with the lack of transparency concerning the Mayor’s $48 million legacy project. We no longer trust you.

The opinions expressed by columnists and letters to the editor are not necessarily those of NetNewsLedger. Share your viewpoint or news tips to newsroom@netnewsledger.com