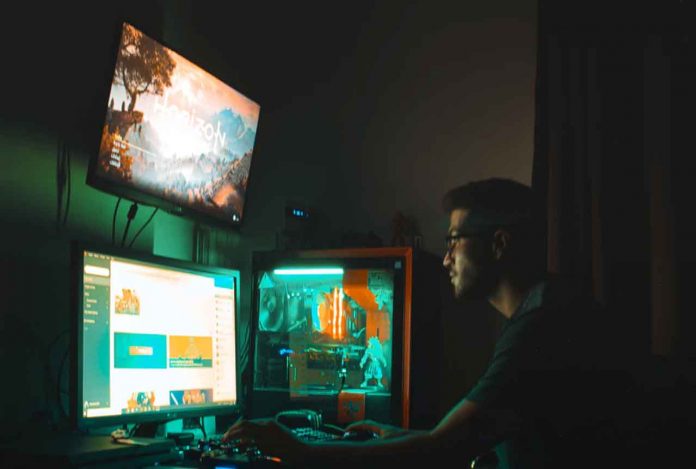 The Canadian video game industry has grown 23% since 2019, now contributing $5.5B to Canada’s GDP, demonstrating that this key sector is pandemic-resistant, according to a biennial economic impact study conducted by Nordicity Group for the Entertainment Software Association of Canada.The picture is clear: the Canadian video game industry is competitive and going toe-to-toe with global development heavyweights in the United States and Japan. But Canada’s video game industry is more than just the games made here. To Canadians, it’s a story of resilience, growth, and digital innovation, that accents our passion on the world stage. The video game industry brings Canada’s stories to the world. And with the support of intelligent public policy from all levels of government, it will continue to do so, driving a better – and more fun – economic recovery for everyone in Canada.

The report, The Canadian Video Game Industry: 2021, found that during a year whose first half was defined by an economic downturn, the video game industry grew significantly, as consumers worldwide turned to video games to stay entertained and connected while maintaining social distance.

“Canadian video games are an innovative and critical export sector – we bring Canadian talent and Canadian stories to the world stage,” says Jayson Hilchie, Chief Executive Officer at the Entertainment Software Association of Canada. “And with 84% of our sales to foreign markets, driving billions of dollars of revenue and supporting tens of thousands of good jobs, it’s safe to say our industry is making a global impact.”

Canada’s business environment combines competitive labour costs with a highly skilled workforce. Together, this is the secret sauce that has allowed Canada’s video game industry to punch above its national weight throughout the pandemic, creating jobs, generating economic activity, and now – as lockdowns end and as vaccination increases – helping drive the much-needed economic recovery.

Digital innovation was at the root of how Canada’s video game industry responded to the challenges of the global pandemic, driving significant entrepreneurial growth. In 2021, 937 active video game companies were identified in Canada – a 35% increase since 2019. These companies together employ an estimated 32,300 direct employees, representing a 17% increase since 2019. In addition, the industry supports a further 23,000 indirect jobs across the Canadian economy. In total, the industry supports 55,300 Canadian jobs from coast to coast.

“Canada has an excellent business environment and a diverse talent pool,” says Marija Nastic-Radulovic, EA’s SVP of Development Technology & Solutions. “This landscape allows EA to have studios in multiple Canadian cities including Vancouver, Montreal, and Edmonton, where we develop beloved, innovative, and high-quality titles such as Mass Effect, Star Wars™: Squadrons, Skate, and EA SPORTS™ FIFA. The continued growth of Canada’s video game industry makes it a leader in innovation and allows it to bring some of the world’s biggest titles.”

The jobs created by the video game industry are in demand, require high skills, and pay well, helping to bolster the consumer spending necessary to drive economic recovery.

Canada to the world

But aside from economic impact and job creation, one of the video game industry’s biggest areas of impact is its global reputation and reach.

The Canadian video game industry is known across the world as a global leader in the development of some of the most well-known and successful titles.  Beloved franchises continue to be made in Canada and the industry’s reputation of success has spurred many other countries to enact economic strategies to try and mimic its footprint.  Recently, the governments of Australia and Ireland announced plans to support the growth of their own video game industries.

“The video game sector is becoming an economic development priority for many governments around the world. Canada is most certainly a model to emulate but we must be cautious to understand that continual growth in this industry requires focused support such as targeted incentives, fast-track immigration programs and funding for small and medium-sized studios. There is a lot Canada must continue to do in order to ensure our attractiveness and competitiveness compared to other global markets,” says ESAC CEO Jayson Hilchie.