Home Living The rise of the once-silent, once-hidden food worker 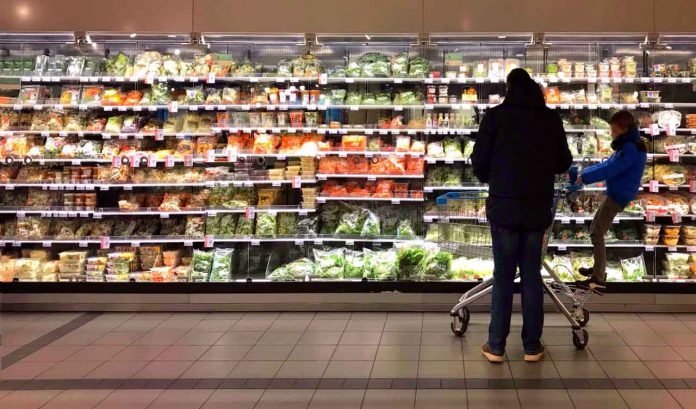 Given our heightened consciousness about food systems, workers have more political capital than ever

Workers across the food supply chain are expressing concerns about their livelihood.

Instacart is a symbol of the new gig economy in food – you use a phone app to have someone else pick up your groceries and deliver them.

Instacart generated US$1.5 billion in revenue in 2020, with US$35 billion worth of sales. They now have more than 10 million users in North America, with 500,000 Instacart shoppers (employees) supporting the network. Instacart is also now available in most major cities in Canada.

Instacart doesn’t have a union, of course, but the collective of Instacart shoppers are using social media to ask for a restoration of features the company dropped over the last few years. They call it #deleteInstacart and ask consumers to boycott the app until their demands are met.

Reinstating Instacart’s commission pay model is one demand. That entails paying its shoppers per order rather than bundling them and restoring the average commission to 10 per cent from the current five per cent. Instacart shoppers also want more transparency about how orders are assigned and a rating system that doesn’t reflect on shoppers for problems outside their control. Shoppers have also asked for occupational death benefits, noting increased one-the-job risks.

Over the years, UberEats, SKIP and DoorDash drivers have also expressed discontent with how our labour laws deal with them as employees or contract workers.

While UberEats has settled the issue with a certain level of success, others are avoiding any debate. Foodora left Canada last year, the minute drivers successfully formed a union.

Given our heightened collective consciousness about food systems, these workers have more political capital than they’ve ever had and they know it. And many of us are paying attention.

As inflation impacts the global economy, wages aren’t necessarily keeping pace, which puts even more pressure on employers to revisit their compensation strategies.

The traditional food economy is also seeing its fair share of disruptions. Organized labour is making noise for workers at Nabisco, Kellogg’s, Modelèz, Frito-Lay, Olymel and Exceldor. All of these companies have been affected by labour disputes in recent months.

Reports also suggest that staff at some shops owned by Starbucks, McDonald’s and other chains are trying to unionize. The fact that more food workers are striking or want to be better protected is telling.

Even U.S. President Joe Biden and his administration see delivery issues as a priority. A deal to address the growing supply chain crisis caused by the cargo ship bottleneck was announced last week to allow the Port of Los Angeles to operate 24 hours a day.

Although the dockworkers earn more than US$100,000 a year, the deal involved looking after workers and their safety. It wasn’t just about putting bodies in place to move things along. These negotiations implied that real humans are behind the success of food supply chains.

So the tone has completely changed in recent months.

The “hero pay” fiasco affecting grocers was just the beginning. It was a fiasco because the approach suggested that the extra pay was simply temporary to accommodate workers during a global pandemic.

Galvanized by the fact that they’re hard to come by, food workers who’ve been all but invisible for years are finally getting their time to shine. So expect more labour disruptions and, of course, higher food prices.

The agri-food sector is a high-volume, low-margin environment. And recent settlements give workers wage increases of eight to 10 per cent over several years. So these increases will inevitably lead to higher food prices.

Rebooting the global economy after an unprecedented shutdown won’t be easy. And it will surely require all of us to recognize food workers as humans and valuable industry stakeholders, not just heroes for a day or two.

The Potato Chips War is Just the Tip of the Iceberg