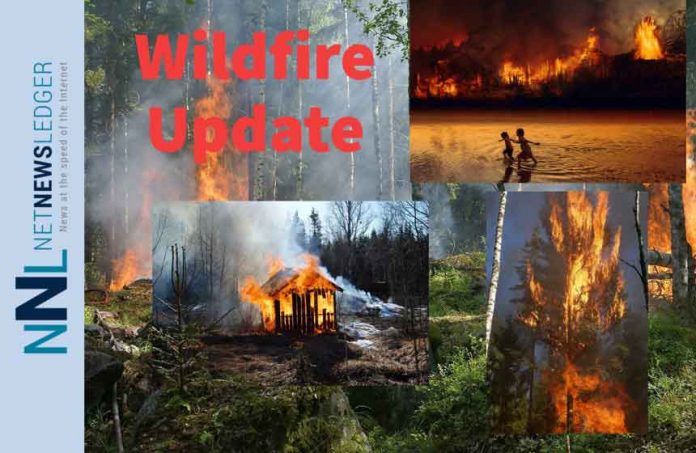 Thunder Bay – Wildfire Update – There are currently 82 active fires in the region. There has been a lifting of the open burning bans in Thunder Bay, except so far for Neebing.

Due to the high to extreme forest fire hazard, the Ministry of Northern Development, Mines, Natural Resources and Forestry is maintaining a Restricted Fire Zone in Fort Frances District and southern portions of Kenora and Dryden Districts. The Restricted Fire Zone is in effect until further notice. Outdoor fires are banned. Portable gas stoves may still be used BUT must be handled with extreme care.

You can learn more about Restricted Fire Zones here.

For a more detailed boundary of the Restricted Fire Zone, consult the interactive fire map at Ontario.ca/forestfire or the map here.

The Ministry of Northern Development, Mines, Natural Resources and Forestry, Kenora District, is advising the public that an Implementation Order restricting access to some areas in proximity to the Kenora 51 fire will be revoked effective 11:59 p.m. Aug. 26.

The revocation will ease restrictions on all travel, use and access to the following areas: the English River Road, north of the Conifer Road junction, and all travel on the Werner Lake Road from the Manitoba Border eastward to the end of the road; all use of lakes and waterways accessible from the North shore of Umfreville Lake, the north shore of the Sturgeon River and the north shore of Salvesen Lake.