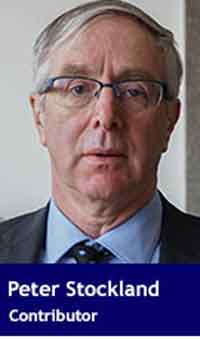 In its 40th year, the Assembly of First Nations is in the throes of a seven-candidate race to select its national chief on Wednesday.

But with skeletons of children being rediscovered by the hundreds at former residential school sites, Catholic churches vandalized or burned on First Nations territories, and the AFN accused of financial mismanagement and workplace harassment, critics and some leadership candidates question how effectively it’s able to speak for Indigenous people.

Joseph Quesnel, who has been immersed in researching and writing about First Nations politics for almost two decades, says it’s a misunderstanding to think the AFN was ever meant to speak for Indigenous people across Canada.

“If you look at the AFN charter, it’s a lobby group representing First Nation interests so the national chief basically represents what the council chiefs in assembly decide. First Nations, like any other human beings, have institutional interests. You have to build coalitions within the organization because the interests in B.C. aren’t necessarily those of the Prairies, Ontario and Quebec or Atlantic Canada,” Quesnel says.

If those coalitions are delicate to build, they’re also incredibly complex to manage when it comes to the electoral process for choosing the new national chief. First, the election has to run equitably – this year online – across all of Canada’s time zones for the 634 chiefs eligible to vote. The winning candidate must receive 60 per cent of the votes cast.

Minus a first-ballot victory on July 7, the lowest polling candidate will be dropped and run-off rounds will be held until the last hopeful is left standing. Previous votes have been known to stretch for hours – including overnight.

In terms of pure democracy, to win the AFN leadership, you really have to win. It requires, for example, tapping into and holding together the voting power of British Columbia (as Shawn Atleo did in 2009), with its largest AFN cohort of 198 distinct First Nations. But you also have to be able to reach across to Ontario or the Prairies to build an electoral base.

The necessity of that coalition-building process conveys the aura of authority that was wielded to great public effect by earlier national chiefs such as Phil Fontaine, George Erasmus and Ovide Mercredi. Yet, it also creates a natural check on the AFN leader’s power, given that each First Nation across the country fiercely guards its status as a sovereign jurisdiction accountable to its internal political structures.

If Canada’s federal Parliament and provincial legislatures routinely seem like the proverbial exercise of herding cats to pass legislation for all Canadians, the AFN’s structure creates the appearance of having to convince coyotes to sing in three-part harmony. That said, the coyote is a powerful figure of both independence and wisdom in a multiplicity of Indigenous worldviews. Quesnel notes that the demand for both qualities can benefit the AFN as an institution.

He notes, for example, that when Atleo pushed forward ideas on education reform with the federal government during his tenure from 2009 to 2014, the chiefs pushed back vigorously on the grounds that it didn’t serve their local interests.

“They basically said ‘You don’t have any independent power aside from us.’ To the extent they speak for the interests of grassroots, average First Nations people, that can be a good thing,” he says.

But Quesnel – who began his working life as a writer in Indigenous media and is now a senior research associate with the Frontier Centre for Public Policy focusing on First Nations economic development – says the very balancing of country-wide competing interests make it perilous for the AFN to speak as a national institution.

“It’s becoming increasingly difficult for the AFN to articulate a vision for all First Nations because they don’t all have the same interests,” he says.

Peter Stockland is senior writer at the think-tank Cardus and editor of Convivium.ca. This is an excerpt from a longer analysis of the role of the Assembly of First Nations in Indigenous representation and reconciliation in Convivum.ca.