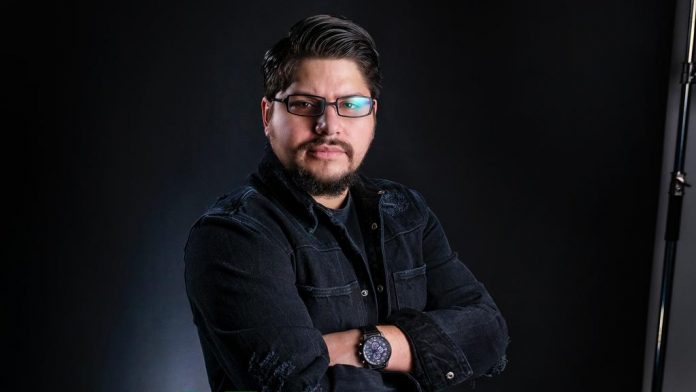 The gripping story with impactful performances has audiences at the edge of their seats for this incredible short-thriller film.

The kind of momentum and the level of success certain industries have been gaining, even amidst these trying times, is surely a sight to behold. What can we say about the world of films that have been by our side, moreover during the pandemic to give us our dose of entertainment? The years 2020-2021 have been big for the film production and entertainment niche as we saw many incredible production houses helming even more incredible film projects that could give something different to audiences. These creative filmmakers are totally immersed in their passion for filmmaking and have given birth to outstanding films that are award and recognition worthy. One such short film that has totally thrilled audiences by playing around its thriller genre is “Poolside”, which has made its way to the top by becoming an award-winning mid-century modern short by Kinter Media.

With the advent of several streaming sites and a pool of diverse stories available for the audiences to see, Poolside still stood unique amongst them, thanks to the outstanding efforts and creativity of passionate filmmakers like Alex Kinter and Erik Schuessler. Poolside has made its mark as a one of a kind short Indie thriller film that has come a long way from the Texas state to become an award-winning film directed by Alex Kinter and Erik Schuessler. The film exudes high levels of suspense amalgamated with a nerve-racking twist on how the present can get affected by a dark past.

The much-talked-about short film has gone ahead in winning at Houston WorldFest 54th Annual International Film Festival with a Platinum Remi Award for Best Thriller Short Film. What’s amazing to notice here is that the film festival every year gets bombarded with thousands of entries, and this time, the 316 short thriller category alone had more than 100 selections. Winning amongst such tough competition also gave the Poolside team the recognition it enjoys today.

People who are already wondering, what Poolside is all about, let us tell you that it is a story that is set in the 1950s, where a high-society housewife Meg Stephens (played by Anne Beyer), hears voices from her indoor pool. Well, all the other actors also did justice to their characters like the cleaning lady Emma (played by Giovannie Cruz), Jeff Murphy (played by Oscar Seung), the Peterson couple (Jennifer Kristin as Sarah Peterson and Adam Luttrull as Austin Peterson) and Jack Stephens (played by Jeff Plunk). All of these performers made the film even more interesting and the plot intriguing.

Poolside has proved to be a humungous hit with winning several prestigious awards like the Special Jury Mention for the Award of Excellence in Indie Short Fest (A Los Angeles International Film Fest); Gold Award for Best First Time Director (Alex Kinter and Erik Schuessler), Runner up for the Best Film of the Month (January 2021) from the Independent Shorts Awards; Gold Award for Best Cinematography (Alex Kinter), Platinum Award for Best Mystery Short, and Special Mention for the Award of Excellence and Best Women (lead) Short from IndieX Film Fest. It also won at the Fourth Annual Hollywood Blvd Film Festival as the Best Experimental Short Film. It has also won more than 20 awards internationally, apart from this incredible list of awards.

Kinter Media is gradually becoming as the go-to production company, making its mark with such compelling stories and amazing short films like Poolside. The film’s storyline is gripping enough with honest and impactful performances, capable of having the audiences at the edge of their seats.

To learn more, follow Kinter Media, http://Kinter.media and the movie https://aloneatthepool.com/ you can also follow alex kinter on IG https://instagram.com/alexjkinter?utm_medium=copy_link