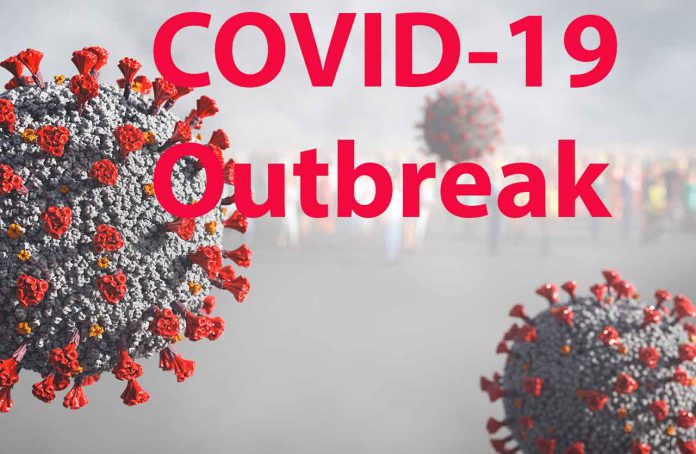 Kashechewan, ON – COVID-19 Update – As of Sunday night there are 283 active cases of COVID-19 in the community of Kasechewan on the James Bay coast. The community, a northern First Nation has an on-reserve population of 1800.

The remote First Nations along James Bay in Ontario are in a deepening State of Emergency due to the affects of the COVID 19 pandemic.

The community is under strict restrictions including a community-wide curfew.

The communities are vulnerable because of years of inadequate infrastructure and housing shortages leading to massive overcrowding. In the five communities along the coast, there are currently 283 active cases of COVID 19. Nowhere in Canada is the situation COVID 19 bleaker than it is Kashechewan First Nation on the Albany River.

The youth are more affected partly due to successful vaccination campaigns for adults over the past months.

“I think it might also be due to children growing up in overcrowded homes, many of which have dangerous levels of mold. Many already have lung and skin problems. Our community was put here by the government in a swampy area that floods in many springtimes. We have been promised support to build a new community in a better location many times, but it always gets delayed.” Says Chief Leo Friday.

So far, six community members have been airlifted out of the community to hospitals in Southern Ontario.

The community has only a small nursing station and no doctors. Nursing staff are stretched beyond their limits. The community has put itself in a complete lockdown to stop the spread of the virus. But this also means that families that usually depend on meat gathered by hunting and fishing are now dependant on grocery deliveries instead.

“On March 18, 2020, Mushkegowuk Council, on behalf of the member First Nations declared a State of Emergency as the pandemic was in the early days. The declaration identified the conditions of our First Nations and what this virus could do if it overwhelmed any of the communities. We are living through this today in Kashechewan First Nation. We, as a region were being proactive and asked for support to prepare for a potential crisis. Did any of the governments respond? NO! Now we see what we were afraid of happening. The governments mentality was that they did not see a threat. I am calling on a public inquiry on this crisis” says Grand Chief Jonathan Solomon.

Despite numerous calls for help from the Kashechewan Chief and Council, the federal and provincial governments continue to deny the desperately needed emergency assistance as identified by the community. Early last week, as the numbers of positive cases were beginning to rise, Kashechewan asked the government to deploy medical staff from the army along with troops to set up a field hospital and emergency housing so that positive cases could isolate outside of over-crowded homes. These requests were denied. Finally, on Sunday, three armed forces staff arrived to do an “assessment”.

The Red Cross has also mobilized a small team to help in the community, but it is clear to everyone one that much more help is needed. Chief Friday points out that there is a major infrastructure deficit in the remote First Nations. “Our water and sewage systems desperately need upgrades so that they are reliable and so we can build more homes. Our nursing station is too small, with not enough rooms for the staff to work in and no space for mental health counselling services. I am calling on Prime Minister Trudeau to commit to a plan to resolve these long-term issues so that we will not be facing another crisis down the road.”