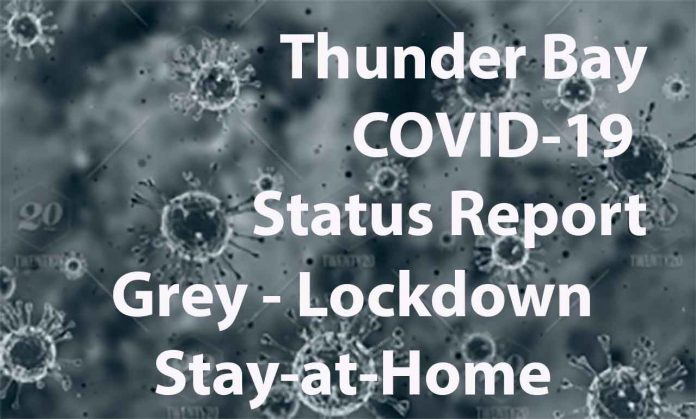 Thunder Bay – COVID-19 Update – The total number of active cases of COVID-19 in the Thunder Bay District has fallen to below 30, there are 29 cases in the district as of today’s report.

There were three cases reported on Monday which covers the reporting period of the past two days, as the TBDHU does not report on Sundays.

Two of the new cases are from close contact, and one is from no known exposure.

There is a concern however as there are five new cases of Variants of Concern in today’s report. Readers have asked how the VOC’s can be reported in a larger number than the case numbers.

Lance Dyll with the TBDHU reports, “All positive test results received are then sent for further screening to identify variants.  That is why you see the delay, we report the positive result as soon as we receive it and the variant test is done after that.”

Two of the new cases are in Thunder Bay and surrounding communities, and one is in a First Nation community.