Home Business Leveraging Decentralization for the Future of Business With TripleOne 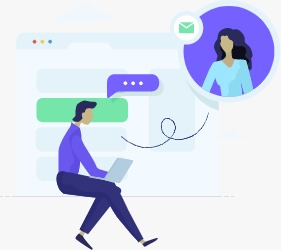 The development of modern organizational management has increasingly touted the advantages of ‘flatter’ organizational structures over the more-structured hierarchies of more traditional companies. Some of the most notable advantages include an increase in overall productivity, innovation, collaboration, and employee satisfaction. Such advantages are often proven to increase communication and collaboration as employees become more comfortable in an egalitarian setting. In research by Google codenamed Project Aristotle, the free-flowing, conversational discussion that stems from such a structure is much closer to normal human behavior and is thus naturally more effective, efficient, and healthy for teams and organizations.

TripleOne hopes to be a pioneer in this industry through its full-fledged concept for the world’s first fully-decentralized business. By combining a digital online-based framework composed of proprietary systems and technologies with a growing global network of 19 operating companies, the company aims to empower a worldwide community of participating users to come together and collaborate to decide on the future of TripleOne’s companies. Through a system of cooperation and mutual benefit, TripleOne believes that the possibilities for growth and innovation are endless.

This flexibility is exhibited in the lack of hard limits for possible projects and ideas that may be recommended through the TripleOne system. With projects ranging from local establishments and online businesses to financial investments, the primary deciding factor lies in the combined decision-making and consensus of its global community of users. Such a system is consistently applied in every aspect of the TripleOne business cycle, with a proprietary egalitarian voting system used for decisions ranging from investment options and business choices to job applications and user comments. Each user is free to vote positively or negatively on such decisions, with each vote having equal power and a user being allotted a certain number of votes based on their progression through the TripleOne system and their recent performance.

While the above systems serve as a framework to give structure and focus to TripleOne’s community, the business also incentivizes innovation, collaboration, and active participation through a comprehensive rewards system that awards users different types of points. These points can be translated to greater percentages of a user’s share of the monthly TripleOne budget or toward special perks in the form of products, discounts, and services from TripleOne’s partner companies found worldwide.

Knowing this, TripleOne has managed to evade such pitfalls by keeping their funding purely top-down. Earning an increased percentage of the monthly TripleOne budget through active and positive participation is the only way for a user to make money through TripleOne. Unlike traditional companies, users and other individuals cannot invest financially in TripleOne in the form of stocks or shares. Instead, the company invests a portion of its revenues back into itself, with any additional funding coming purely from the personal finances of TripleOne’s founders. This allows the company to be free of external financial obligations and allows them to pursue their vision for a system of pure egalitarianism, with the value of users decided only through the merits of their participation and not their financial capabilities.

The promises of decentralization—those of unbridled innovation, creativity, and collaboration with significant reductions in operating costs—are ideal for any aspiring organization. Therefore, the TripleOne business model appears to be the blueprint to the future of business.

For one, the widespread development and adoption of new technologies and virtual systems brought about by the COVID-19 pandemic also brings about opportunities for the movement toward decentralization. While collaboration and teleconferencing applications like Google Workspace, Microsoft Teams, and Zoom are working effectively to replace working in a physical setting, a full-fledged decentralized model can reach a level of efficiency that will allow it to not only supersede but even surpass the old methods for conducting business, something that TripleOne is highly banking on. After all, the right systems and technology, applied through a virtual environment, seem like a perfect answer to the challenges of instituting the perfect amount of structure and control in a decentralized model.

If you’re interested in signing up for or learning more about TripleOne’s novel decentralized business model, you may visit their website at tripleone.com. For questions, concerns, and updates, you may also follow their Instagram at @TripleOne.

How James William Awad Started The Company of The Future