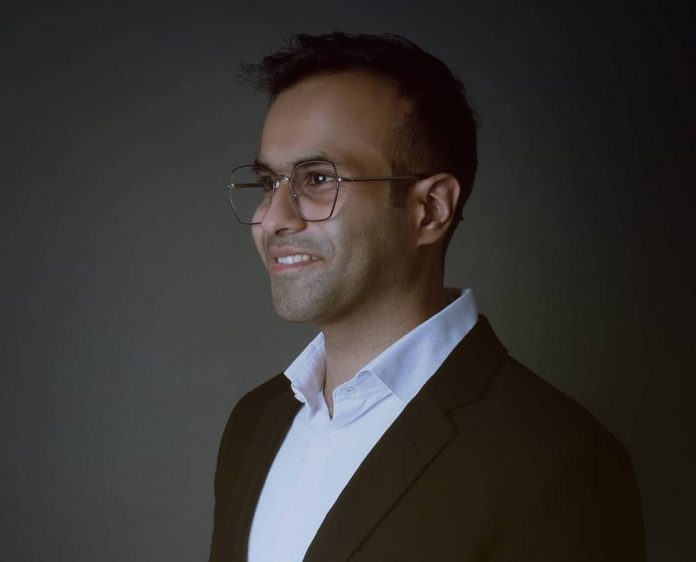 There’s a special connection humans have with the animals that can’t be summed up in words. After all, words aren’t enough to justify this bond. It is the love that matters above everything in this world. Today we tell you about one such passionate animal lover named Hitesh Thawani, an entrepreneur who has built a successful venture called Precious Paws, a joint venture of pet spa that he runs along with his brother and partner in Dubai.

Much before the idea of setting up his venture of animal care and welfare happened in 2015, he did various other jobs. And the idea of commencing a pet spa resulted from Hitesh’s love for pets and animals. The concept of running a business in animal care is something which we have rarely heard of, but the entrepreneur with his creative strategies has built one of a kind pet spa where all the pets are taken care of. “The special care and attention for animal welfare is something which most of the people are not aware of. I am grateful that my work is recognized by many pet lovers from across the globe”, revealed Hitesh.

On his immense love for animals and pets in general, the entrepreneur said, “The animals are a boon to nature. As much as human life is important, the existence of animals on this planet is also of utmost importance. Rather than harming them, we should take care of them and make sure to tame them properly.” Moreover, he feels that just like humans want to live a disease-free life, even pets should be treated with being given all the safety measures.

For the same, Hitesh’s team introduced Aromatherapy and Hydrotherapy for pets. It helps in prolonged issues like skin conditions and arthritis in pets. Converting his passion into a profession, Hitesh Thawani has indeed established a profitable venture that takes proper care of pets and their well-being. Going all the way out, his venture not only sells high-quality pet products but also have a hotel for pets and provides them with daycare services.

Well, Hitesh’s creative mindset has helped him in running a business module where pets are pampered to live a better lifestyle. Running the business successfully for more than four years, the entrepreneur welcomed mobile pet grooming services in 2019, a pet spa service set up in a safe place in a modified grooming van. There are very off-beat businesses that do well than the mainstream ventures, and Hitesh Thawani has rightly proved it with the massive success of Precious Paws.