Home Entertainment Comedy YouTuber Dezmen Horne: “I love what I do and it’s truly gratifying” 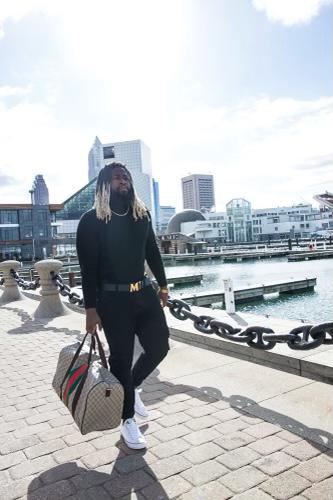 It was Steve Jobs who once said, “Your work is going to fill a large part of your life, and the only way to be truly satisfied is to do what you believe is great work. And the only way to do great work is to love what you do.” It’s a quote that Dezmen Horne certainly relates to, and the reason why he gives thanks every day that he was born into an age where technology is not only king, but accessible and affordable to all.

“Before YouTube and smartphones, if you wanted to make it as a filmmaker, you pretty much had to go to film school and have access to the right equipment and the right connections, or you’d never be able to bring your vision to life,” explained Dezmen. “That just wouldn’t have been possible for someone like me, but fortunately technology has leveled the playing field in a big way. Nowadays, if you’ve got an idea and the talent to realize it, you don’t need much more than a smartphone and a YouTube account, and you can be a modern-day Steven Spielberg.”

Dezmen always had a passion for films and videos and was a devout fan of Vine superstars such as Melvin Gregg, King Bach, De Storm, and DC Youngfly as a youngster before he found the confidence to attempt to add his name to the ranks of such luminaries.

Dezmen explained, “My friends always told me I was a natural comedian, and I always had the passion to make videos, but at first, I never acted upon it because I was too worried about what their response might be. I soon realized, if I never tried, not only would I never know, but I’d come to regret it for the rest of my life. So I just threw caution to the wind and went for it.”

It was perhaps the best decision Dezmen ever made. His videos, which tread a fine line between being funny, entertaining, motivating, informative, and moving, have proved a resounding success with the public. His meteoric rise has seen him grow over 100k followers on Instagram in under a year, and he has already been awarded the much-coveted 100k plaque from YouTube. Yet, the most amazing thing, as far as Dezmen is concerned, is he’s getting paid to do something he loves.

Dezmen said, “The opportunity to do something I feel I was put on the earth to do whilst at the same time being given the financial freedom to do it is something I’ll never take for granted. It is a very fortunate position to be in. I love what I do and it’s truly gratifying, particularly when I get so much positive feedback from the viewers saying how a video I posted has helped them with their own lives and their own struggles. That, to me, is a reward above all financial incentives.”

Dezmen added, “I think It was the Chinese philosopher Confucius who summed it up best when he wrote ‘Choose a job you love, and you’ll never have to work a day in your life.’ That was true back in ancient China, and it’s true in modern America. Some things are simply timeless.”