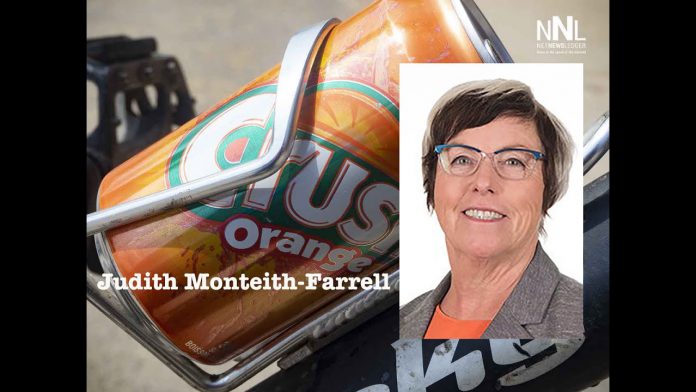 Monteith-Farrell’s bill, the Awenen Niin Act (Who Am I) Respecting Identity Documents, would have removed user fees for all services related to Ontario birth certificates and Ontario Photo Cards (purple ID cards).

“This government ignores the voices of people who are living paycheque-to-paycheque, coping with unemployment or living in poverty. By not removing user fees from personal identification in Ontario they continue to ignore the needs of Ontarians,” said Monteith-Farrell.

“The user fee revenues that appear in government revenue spreadsheets are not faceless, passive income. This money comes out of the bank accounts of real people. Like people in First Nations communities who may have to travel very long distances at great expense just to obtain this basic ID, new parents who need to pay for their children’s long-form birth certificate but have limited access to government services, Trans folks who need to pay the government to update their name and gender on their identification, and people living in poverty and homelessness who can’t access the help they need without government ID.”

“No one in Ontario should be denied public services because they don’t have the money to pay for their ID. Unfortunately, the Ford government chose to ignore the needs of many people in Ontario yet again.”