Home Business “Giving Back To Society Is Something That I Always Intend To Do,”... 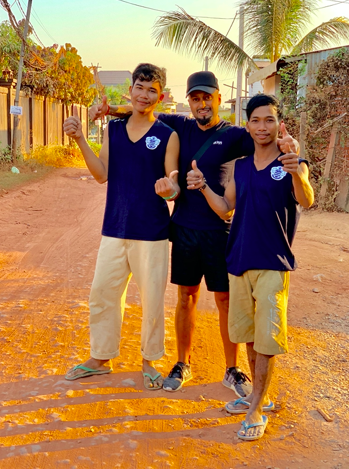 Pablo Al Kaalik is proactively engaged in charitable activities. He has contributed a lot in Asia and Cambodia, in particular, for promoting Football. Whenever Pablo goes on tours, he never fails to inspire the young football players with his kindness and altruistic attitude.

“I believe giving back to society is something that comes naturally to me. I always believe in the innate power of helping the needy people,” Pablo said.

Talking to media, he added further, saying, “I played a lot of football matches in Japan, and Asia had always been quite hospitable to me.”

He is one of those celebrities who take charitable activities too seriously. During his last Asia tour, Pablo went inside several remote villages of Cambodia to meet aspiring football players.

He gifted football kits to them from Professional English Clubs, and they were extremely elated because of this gesture. The local youngsters were extremely grateful to Pablo for his kindness.

As a youngster, Pablo developed at English Premier League Club West Ham United then went onto to play in Japans Arte Takasaki. However, Pablo’s sudden injuries led him to stop playing further. But that couldn’t deter his passion for the game.

He went on to launch “a self-funded CFA (Charity for Africa) by Ex-Pro.” This charitable institute aimed at helping the young football athletes who belong to the economically-weaker section of the society in Asia, the Americas, and Africa.

“It aims to invest in human capital for peace and development by promoting Football among the youth. Young players need constant motivation. And that’s why whenever I get time, I come forward to help them,” British ex-soccer player concluded.

In the past, Pablo worked as a TV commentator and sports anchor in Russia and West Africa for several broadcasters and news channels.