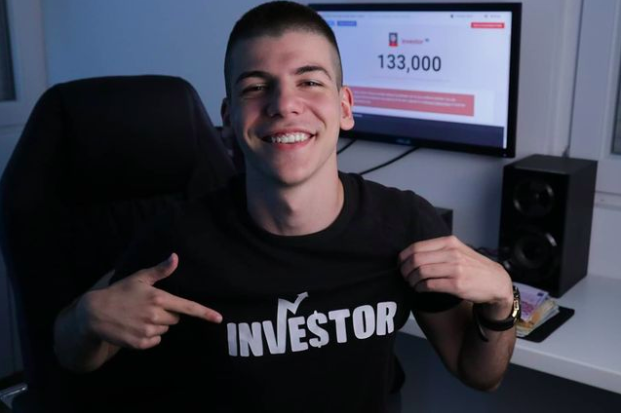 Covid has left many quarantined in their homes, making malls empty and stocks dropping to their lowest point in the last 10 years. Many people believe the world is already in a recession and potentially heading towards a depression, with many companies plummeting as revenues continue to tank. But Dave Nick, a young entrepreneur, isn’t sweating like most companies and most importantly, neither are his followers.

With the help of clever tactics, viral social media campaigns, Dave Nick has been one of those highly successful Gen-Z who have successfully escaped the 9-To-5 grind. His last project – “Unique YouTube Method” that enrolled over 2000 students globally and it was also titled as the best selling YouTube course of all time in May 2020.

As the world shifts more and more to one where “perception is reality”, someone like Dave can play an incredibly powerful role in building out massively credible digital footprints, with the traffic to match. Through a culture defined by aggressive brand-building and digital efficiency, Dave has made a name for himself in a hyper-competitive marketplace to build profitable and meaningful businesses online.

Dave took a risk and bet on himself, opting to forego attending some of the most prestigious academic institutions in the world in order to pursue a career in entrepreneurship and the growing tech space. At this young age, he already holds #1 eBusiness YouTube channel in the world.

Now a successful Youtube influencer and marketer, Dave has created a brand-building machine of which he is the chief operator and has access to an ever-growing international mentorship network. After building multiple successful YouTube channels and leveraging the power of YouTube Automation, he has become one of the youngest self-made millionaires in the world.

Public perception is like an iron gate, that somehow Dave has developed the keys to open and close. It’s no wonder that in this new age of tech that he has been able to carve out a name for himself. Now, Dave Nick the “Investor” Is Shaping the Future of YouTube Business and has the opportunity to start a new era and become a part of Web 3.0, giving power to the user.

The only way to discover the limits of the possible is to go beyond them into the impossible.