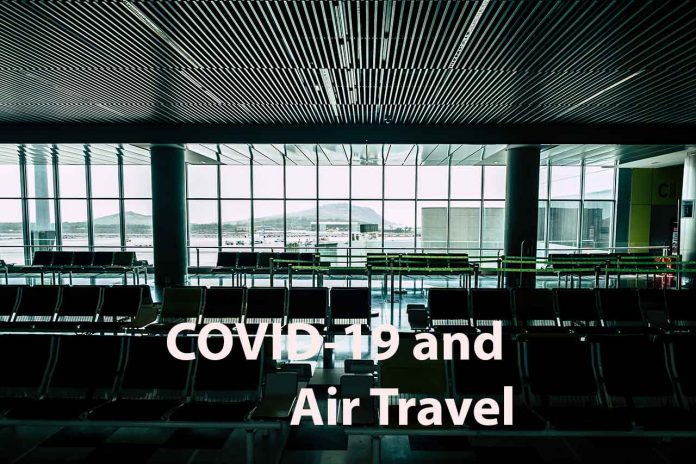 OTTAWA – COVID-19 – “No one should be travelling right now,” states Minister of Health Patty Hajdu. “Each of us has a part in keeping our communities safe, and that means avoiding non-essential travel, which can put you, your loved ones, and your community at risk”

The Government of Canada has announced new rules on international travel. These new rules are in addition to the COVID-19 travel restrictions already in place.

The federal government along with Canadian airlines have agreed to suspend all flights to and from Mexico and Caribbean countries until April 30, 2021. This will be in effect as of January 31, 2021.

“The new measures announced will be an important tool for protecting our communities, and increasing our compliance and enforcement capacity will help us keep all Canadians safe from COVID-19,” adds Minister Hajdu.

The new restrictions will include scheduled commercial passenger flights arriving from the United States, Mexico, Central America, the Caribbean and South America, which were exempted from the previous restriction. Private/Business and charter flights from all countries will also be required to land at the four airports. Flights from Saint-Pierre-et-Miquelon and cargo-only flights will remain exempt.

Canada will introduce a 72-hour pre-arrival testing requirement (molecular test) for travellers seeking entry in land mode, with limited exceptions such as commercial truckers. In addition, we continue to collaborate with partners in the United States to strengthen our border measures and keep our countries safe.

Omar Alghabra, Minister of Transport says, “The safety of the travelling public and the transportation industry are top priorities. Our government continues to strongly advise against non-essential travel outside Canada, and has implemented many measures to protect the health of Canadians in our transportation system. The expansion of the flight restrictions is based on decisive, public health rationale from the Public Health Agency of Canada to further protect Canadians from the health impacts of COVID-19.”

To ensure travellers’ awareness and compliance with quarantine requirements, the Public Health Agency of Canada (PHAC) is working with security companies to help complete compliance checks for travellers arriving in Canada. Employees of these companies were trained by PHAC and authorized as Screening Officers under the Quarantine Act.

These Screening Officers will visit travellers’ quarantine locations to establish contact, confirm identity and confirm that travellers are at the place of quarantine they identified upon entry into Canada. These new officers will conduct visits in 35 cities across the country, starting in Montréal and Toronto.

Calin Rovinescu, President and Chief Executive Officer at Air Canada says, “Air Canada believes a collaborative approach with the Government of Canada involving all air carriers is the best means to respond to the COVID-19 pandemic, especially given concerns around the variants of COVID- 19 and travel during the Spring Break period”.

“Through consultation we have established an approach that will allow us to achieve an orderly reduction in service to these destinations that minimizes the impact on our customers and will support important public health goals to manage COVID-19.  System-wide the incremental impact on Air Canada’s cash burn is not material given the already reduced levels of passenger traffic resulting from COVID-19 and travel restrictions”.

Transat A.T. Inc. announced Friday that the company will be suspending all scheduled Air Transat flights until April 30, 2021 and is now working on the the repatriation of its customers to Canada. This operation is expected to take place over the next two weeks.

“We are putting in place the measures requested by the Canadian government, including not travelling to the South. This forces us to temporarily suspend all our flights, including to Europe,” said Jean-Marc Eustache, President and Chief Executive Officer of Transat.

“We will do everything we can to return our customers back to Canada. We obviously share the government’s objective to protect Canadians from COVID-19, including the new variants, and this is what all of our personnel have been doing in recent months, particularly on board our aircraft, with a comprehensive program of adapted sanitary measures.”

In a statement to media, Air Transat says, “In light of the disastrous situation in which the entire industry finds itself, Transat reiterates the importance for the federal government to put in place the sector-specific financial assistance announced to support its industry and the investments it has made in recent years, not to mention the tens of thousands of workers in the sector who have lost their jobs. The airline industry is highly competitive, and international carriers from other countries have benefited from significant support measures from their governments since the beginning of the pandemic. This is creating a considerable imbalance that has hurt the competitiveness of Canada’s airlines for months and threatens their survival. Moreover, the entire Canadian economy will be deprived of the vital and strategic contribution of the airline and aeronautics industry when the recovery comes”.

From the outset of the pandemic, Transat has implemented a series of measures to safeguard the company and its cash flow, including temporary layoffs affecting 75% of its staff. Unfortunately, the temporary shutdown of operations has resulted in further layoffs of flight crews and support staff.

Air Transat grounded, and the union denounces the Trudeau government’s lack of vision

The move has the union representing flight attendants at Air Transat calling for the government to put forward a recovery plan for the transportation sector.

The Air Transat Component of CUPE representing flight attendants says that while it understands that drastic measures must be taken in the face of a historic pandemic.

The union deplores the lack of vision by the Trudeau government, which is not presenting a recovery plan for Canadian air carriers. “This health crisis will be behind us one day, but without Canadian carriers, we will be at the mercy of foreign companies. All developed countries have understood this and have implemented a plan to save their airline companies,” says union president, Dominic Levasseur.

At the request of the Government of Canada, effective Sunday, January 31 at 12:01 a.m. ET, we’ll be suspending flying to Mexico and the Caribbean until April 30. We will continue to bring our guests who are already in these destinations back to Canada. https://t.co/QCAsSPh0Mf

Call for a National Transportation Plan

On Thursday in the House of Commons, Green Party of Canada MP and Parliamentary House leader Elizabeth May spoke with NetNewsLedger on the need for a national strategy for transportation in Canada.

Across Canada with the COVID-19 travel restrictions, Airlines, and inter-community bus lines are all being hit hard by the pandemic.

It is going to be hard for some of those companies to survive the pandemic. Jobs will be lost and industries including the tourism sector are going to be hard pressed by the looming loss of charter bus companies.

Ms. May speaks of Watson Transportation in British Columbia which has seen the pandemic literally hobble the business.

Speaking in the House of Commons, Ms. May said, “The situation right now for the commercial bus lines, the coach bus sector, such as Wilson’s Transportation here on Vancouver Island or Maritime Bus in the maritime communities, is that this entire part of our transportation infrastructure is imminently at risk of going under. This is an integral part of our tourism sector, and it is integral in reducing greenhouse gases and serving remote first nations”.

May asked, “We have to have one of two things, either money has to be provided to the sector or the big banks have to back off. What can be done?”

In light of further travel restriction measures by the Canadian government, Unifor calls on the federal government to provide immediate financial support to the industry to prevent its total collapse.

“You can’t have one without the other. Further travel restrictions without providing financial support for airline workers is a risk to the very future of Canada’s airline industry,” says Jerry Dias, the Unifor National President.

“Prime Minister Justin Trudeau announced further travel measures to stop the spread of COVID-19, including working with Canadian airlines to suspend all flights to Mexico and the Caribbean, new mandatory polymerase chain reaction testing at airports for people returning to Canada and a requirement that all returning travelers quarantine while awaiting COVID-19 results at a designated hotel at an expense exceeding $2000 per person”.

“Though these measures are necessary to help flatten the curve, they also highlight the continued withering away of airline jobs. More than 300,000 workers are frustrated, wondering why their federal government refuses to present a plan to help them weather this pandemic.  Unlike other countries, Canada’s continued refusal to help this industry is making a bad situation worse,” concluded Dias.